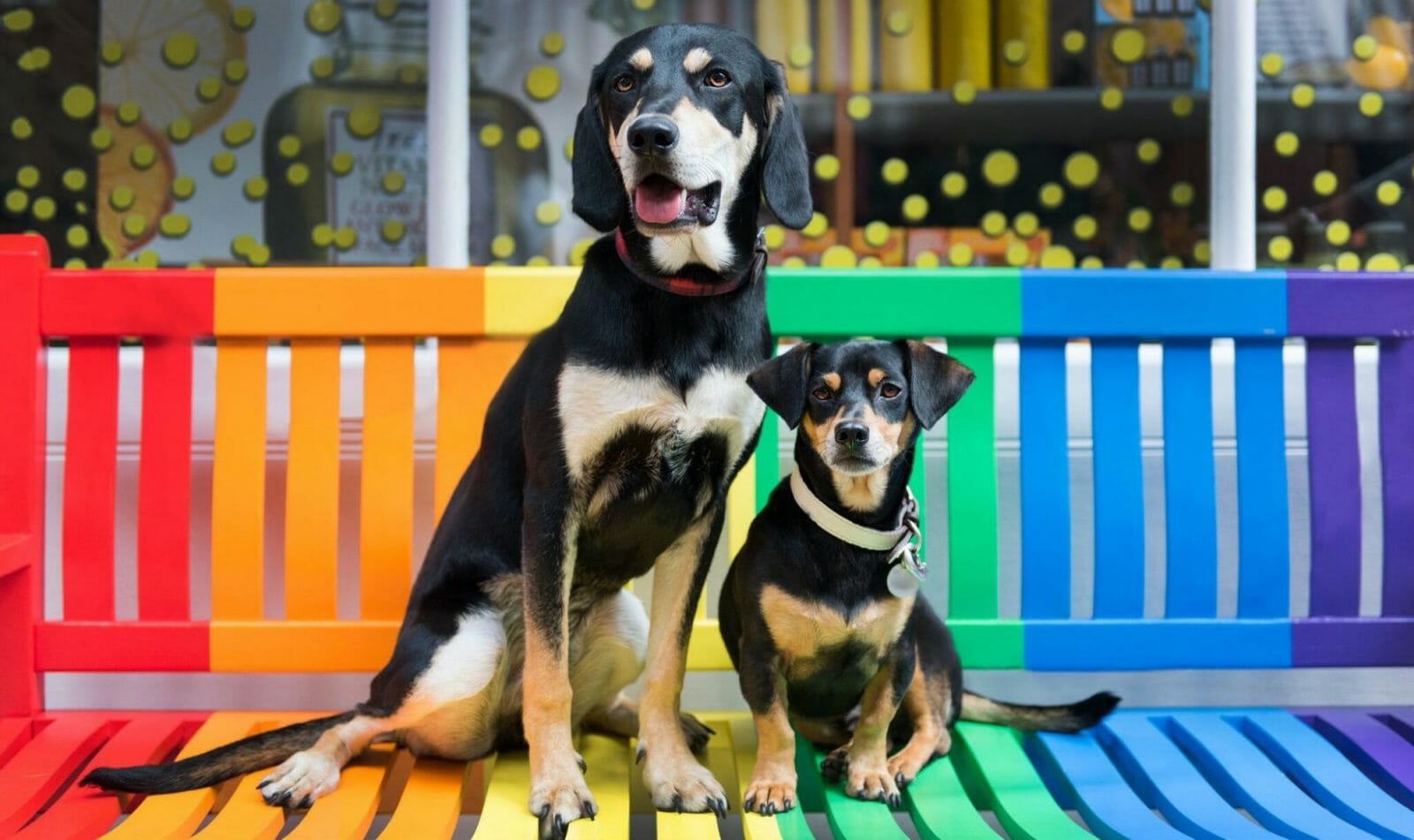 About Wild at Heart Foundation

Wild at Heart Foundation believe in dog. We believe that a dog can lift our mood, change our day, keep us active and transform a house into a home. They are our fierce protectors, guard us and perform heroic feats. They offer freely what humans can spend a lifetime learning, which is to love unconditionally. They save our lives in many ways. This is why Wild at Heart Foundation wants to end the suffering of these amazing creatures.

Wild at Heart Foundation want to end the suffering of stray dogs all over the world. We believe that each and every rescue dog deserves the chance to live a healthy, happy life, free from the threat of pain, suffering, cruelty or neglect.

We are working to compassionately reduce the world’s 600 million stray dog population.  We do this through rescue, adoption & sterilisation projects, and awareness and education campaigns.
We fund and support projects all over the world, focusing on areas where the need is particularly great.

We believe that every single dog – no matter where in the world it is born, no matter its size, breed, age or circumstance – deserves to live a healthy, happy life. We champion compassion and collaboration; we believe that there is power in kindness and community, and that by working together towards a common goal, we can help make the world a better, kinder place.

With your help, and the help of our incredible partners around the world, we can help save rescue dogs in need from the rising tide of cruelty, abuse and neglect. 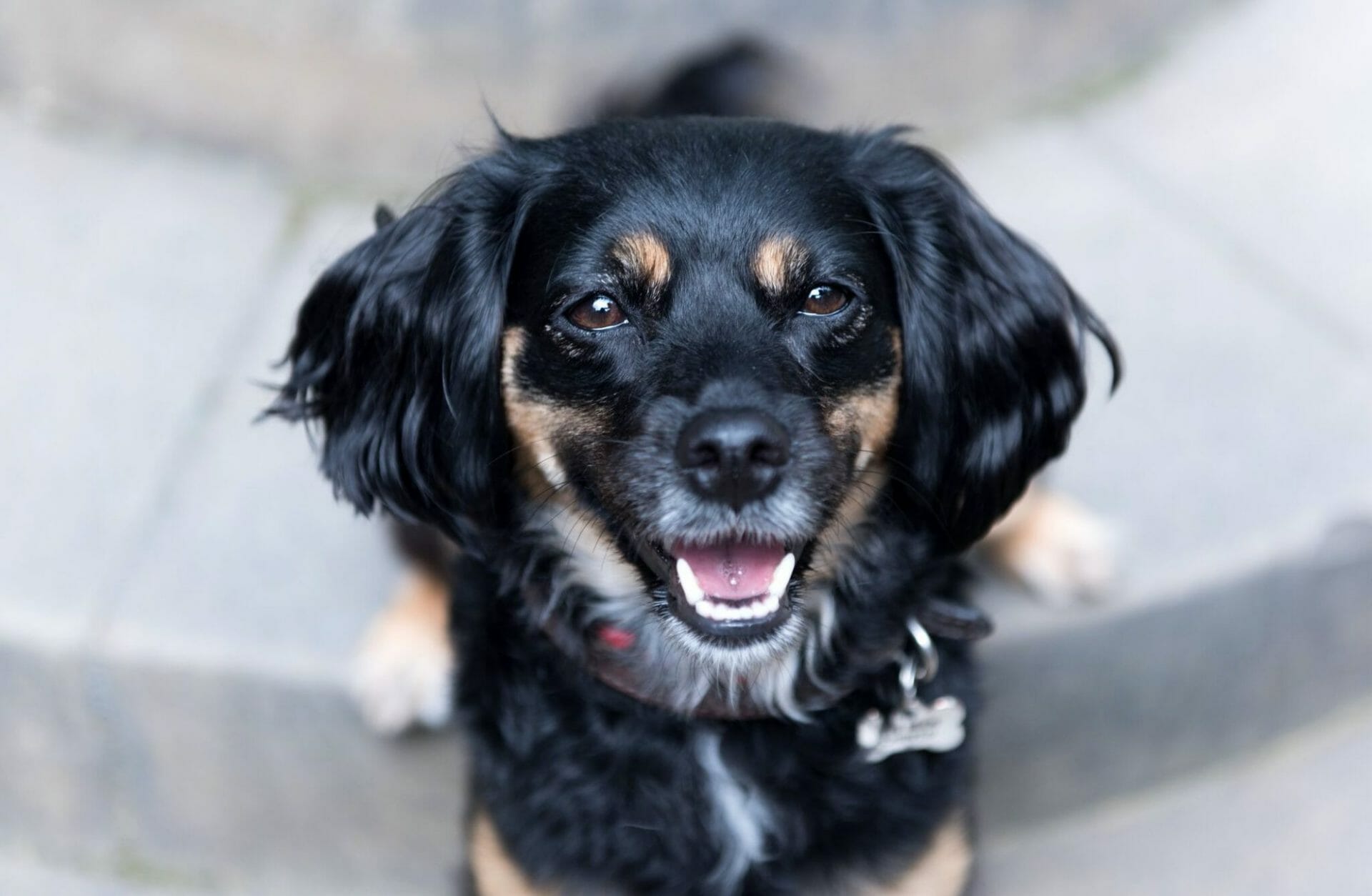 The work we do

We aim to put an end to the suffering that all too many dogs face on a daily basis. We achieve this by tackling four key areas to ensure that we get to the root of the growing problem:

We fund, manage and support a wide number of international rescue and adoption initiatives, helping to rescue dogs from overseas and allowing them to experience the love, safety and kindness they so desperately deserve.

We organise and fund spay and neuter programmes, including research into new sterilisation techniques. Mass sterilisation remains the only compassionate means of effectively combatting the rapidly growing number of dogs born into a life of suffering and misery. 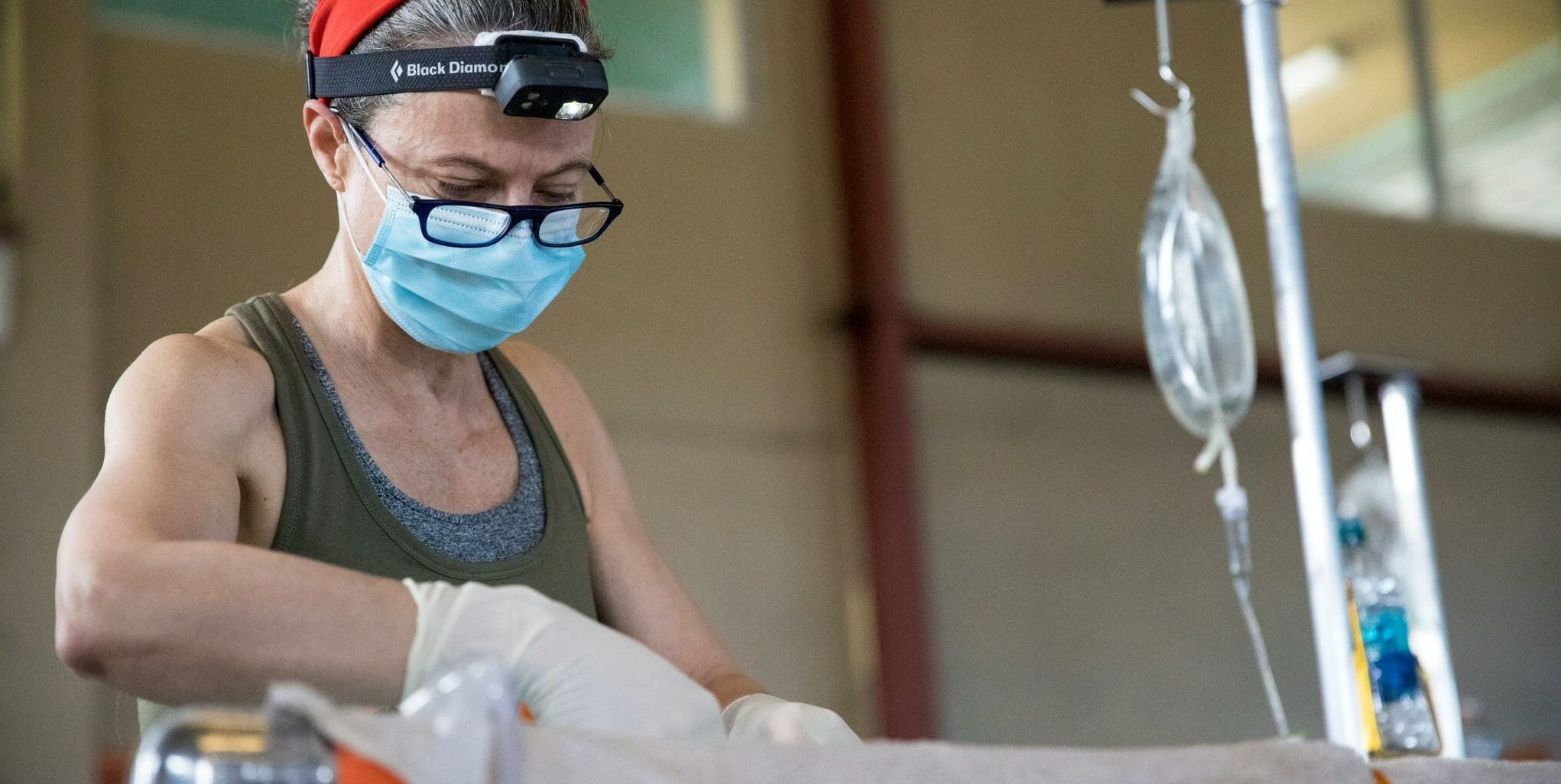 Delivering education initiatives, with a particular focus on children, we help to teach the next generation how important it is to care for animals. These campaigns serve to lay the foundations for a future fuelled by compassion and respect. 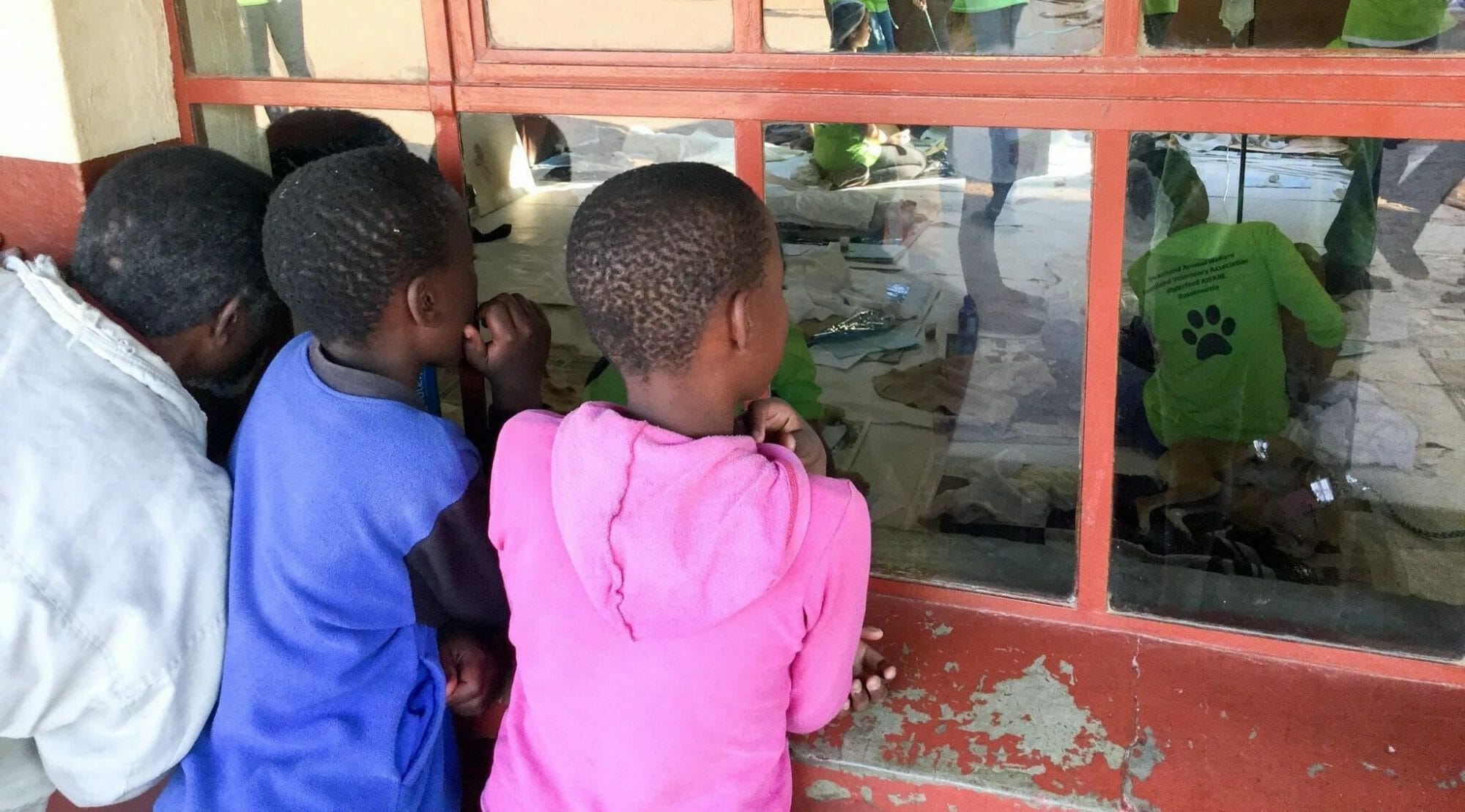 We create, promote and support campaigns that raise awareness of animal suffering. Through our international projects, we engage communities with the importance of neutering animals, and instil the benefits of adoption over buying pets.

Over three quarters of the world’s dogs are strays and the problem is getting worse. The World Health Organisation estimates that there are over 600 million stray dogs in the world. In addition, it is estimated that around 1 billion unwanted puppies are born on the streets each year.

Most of these die a tragic death before they reach three years old. The “lucky” ones that beat these odds are, in the main, subjected to a life of struggle, battling against disease, starvation, mistreatment and violent abuse as they fight to survive. 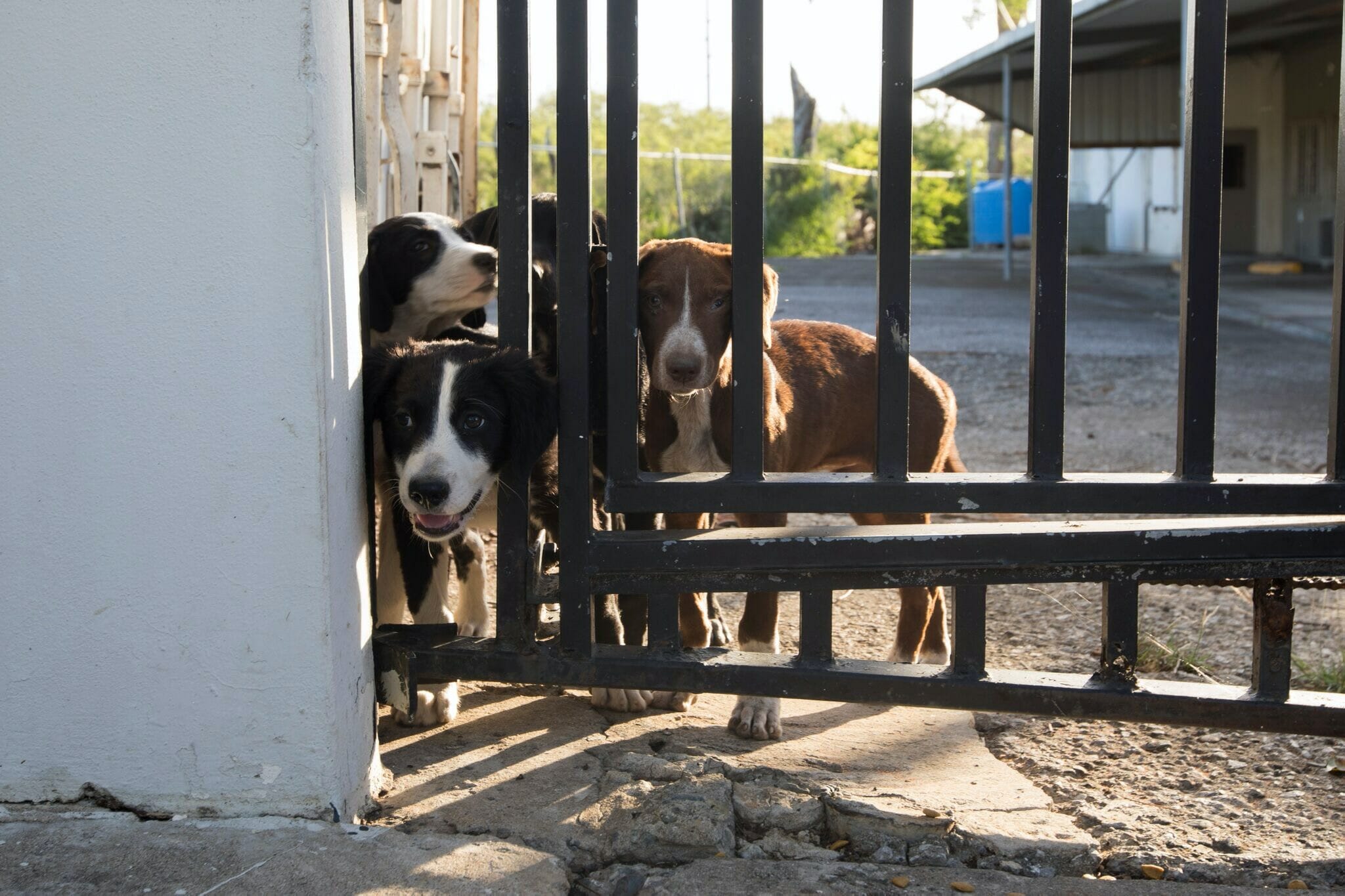 Many countries have no laws against cruelty to animals. Those that do often fail to enforce them, leaving local animal-lovers with little to no support in their quest to support the strays in their area. Where cultural differences are in play, government bodies may actively seek to control stray dog populations through officially sanctioned mass-slaughter. In others, individuals pose the largest threat to dogs, carrying out mindless and utterly barbaric acts of torture and deliberate cruelty, unfased by the idea of hurting an innocent animal. 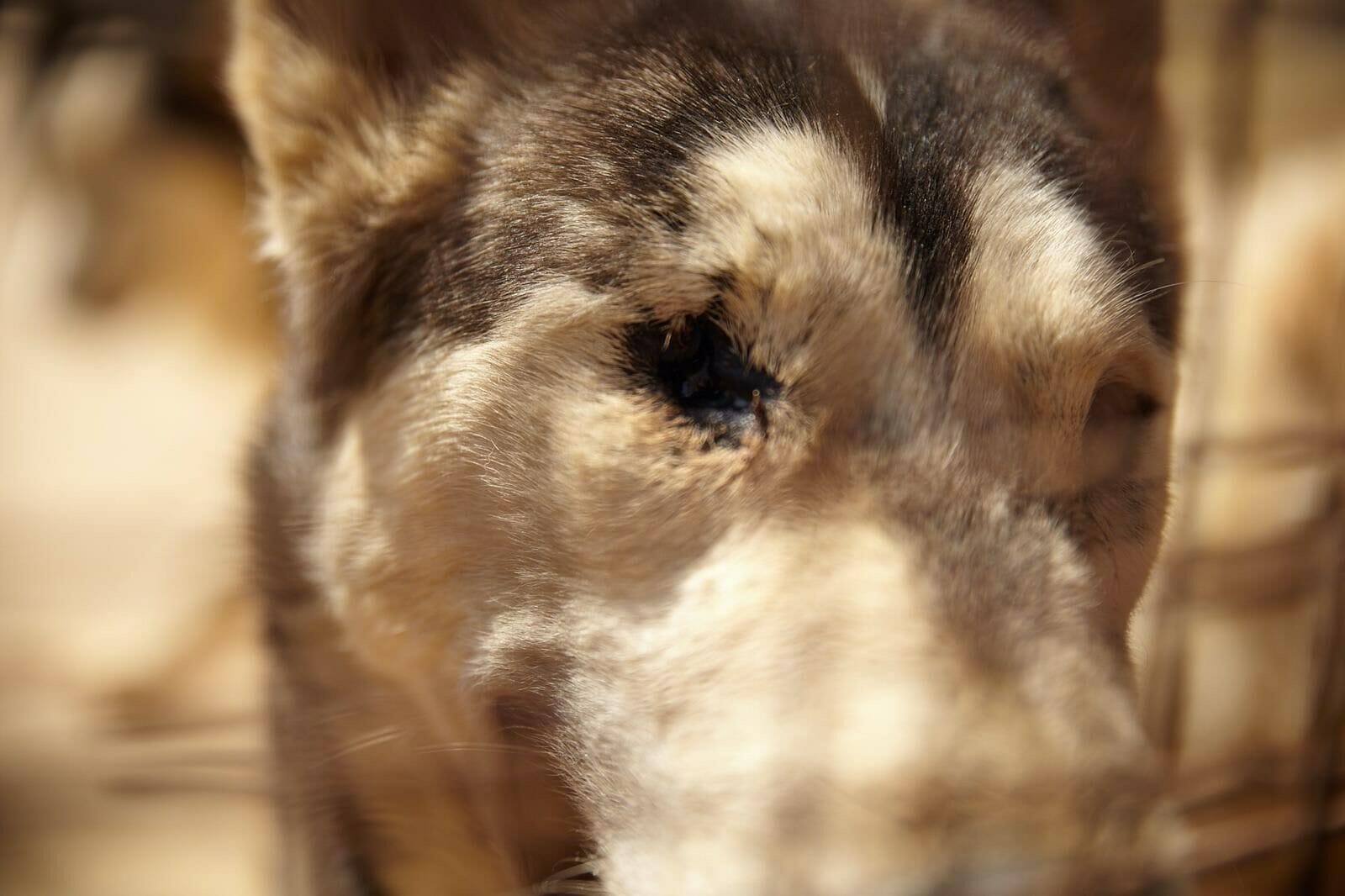 Unfortunately, we have seen too much evidence of this with our own eyes: dogs used as ‘target practice’, blinded by gunshot wounds to the face; dogs maimed out of malicious curiosity; still more beaten to within an inch of their life, or chained, abandoned, and left to starve; boxes of puppies dumped on the side of the road; litters tied up in plastic bags and binned, buried or drowned… the reality is truly heart-breaking. 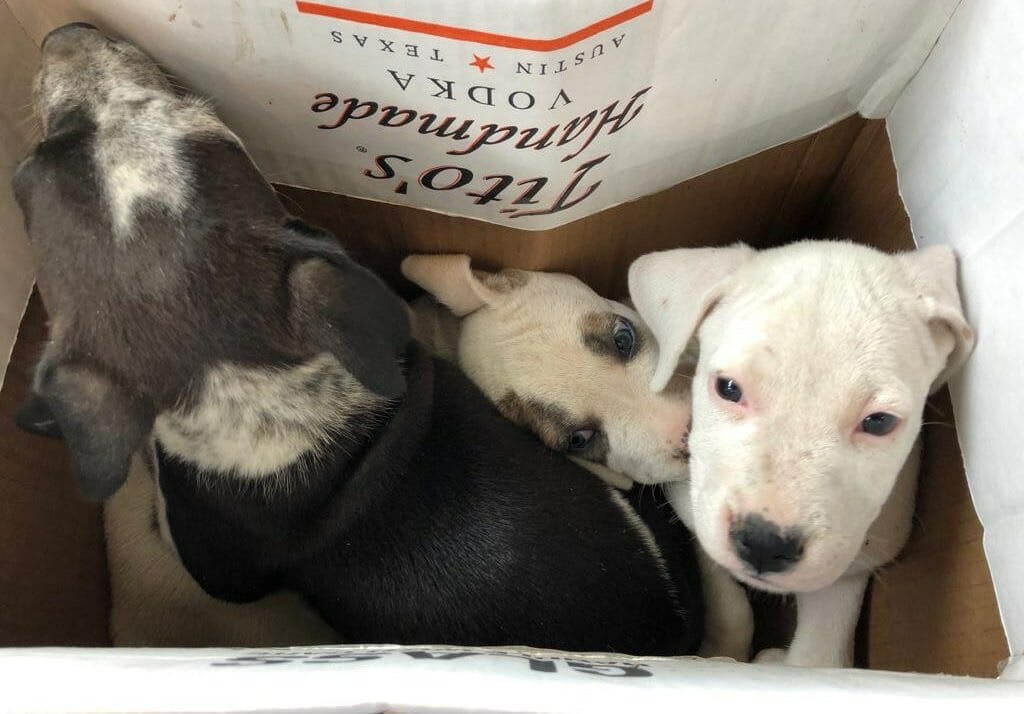 As animal-lovers, it can be hard to see such blatant acts of cruelty without passing harsh judgement. We simply cannot condone such brutal treatment of an innocent animal and are working towards a future where compassion and understanding are instilled into the global treatment of dogs.

However, if we are to ever truly bring abut global change, we must recognise the risks that some stray dogs can pose to humans, as well as the misconceptions that are shackled to these. We believe we should be doing all we can to both empathise and educate in order to protect dogs around the world from becoming the victims of fear, contempt and hatred. 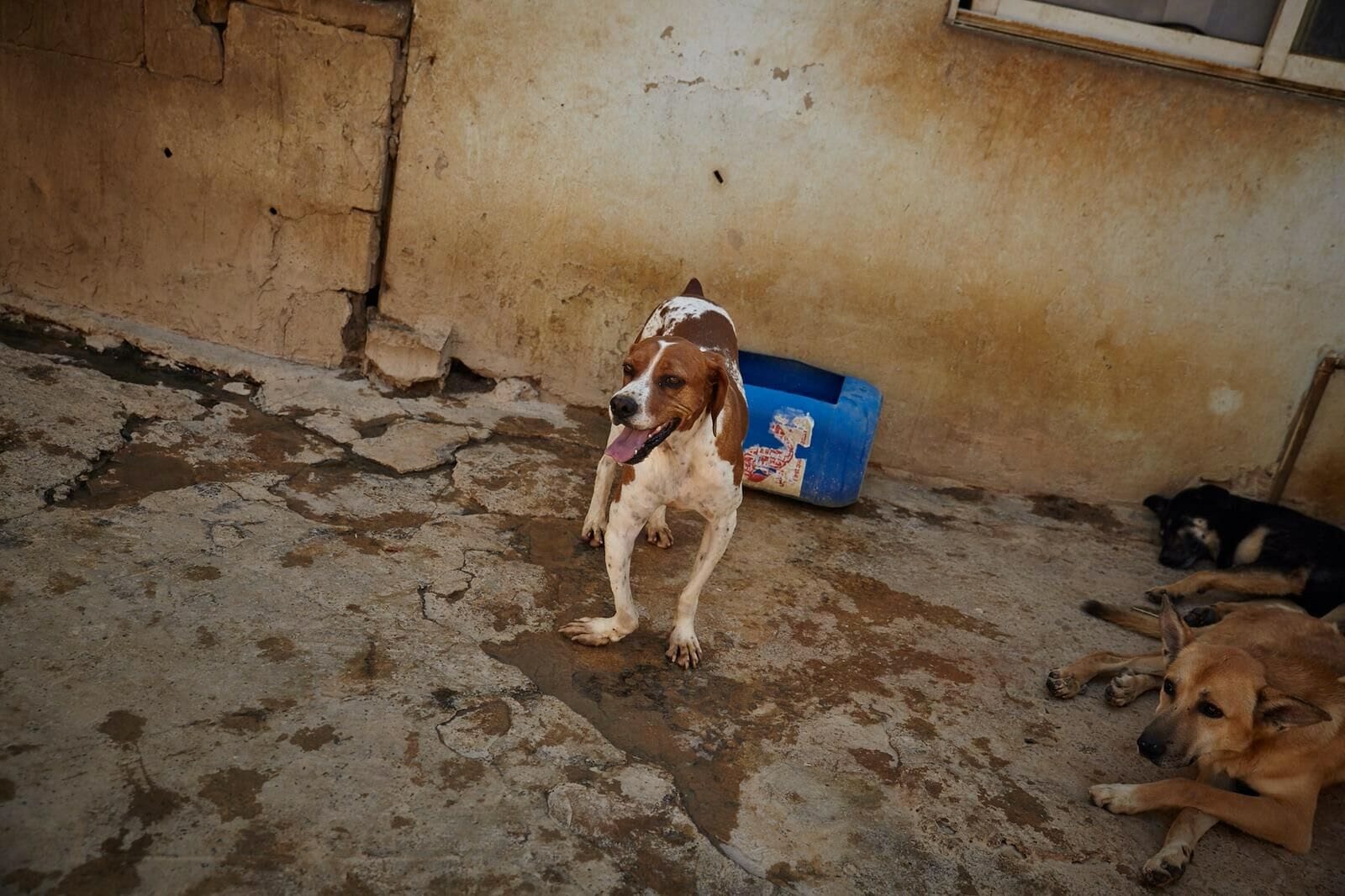 An estimated 55,000 people die from rabies each year, while another 15 million receive post exposure treatment to avert the deadly disease. 95% of these cases occur in Asia and Africa, and 99% of the fatalities are caused by dogs. Understandably, this has instilled a fear and mistrust of dogs in many African and Asian cultures.

Sadly, these fears for public health and safety, alongside wide-ranging cultural beliefs that perceive dogs as dirty, dangerous or unworthy, have led many countries to take matters into their own hands in means that are neither ethical or effective. ‘Culling’ takes many forms – from mass gassings and shootings, to poisoning, hanging and starvation, but they all have the same consequence: dogs slaughtered in their hundreds and thousands in an attempt to manage the rising numbers of strays on the streets. 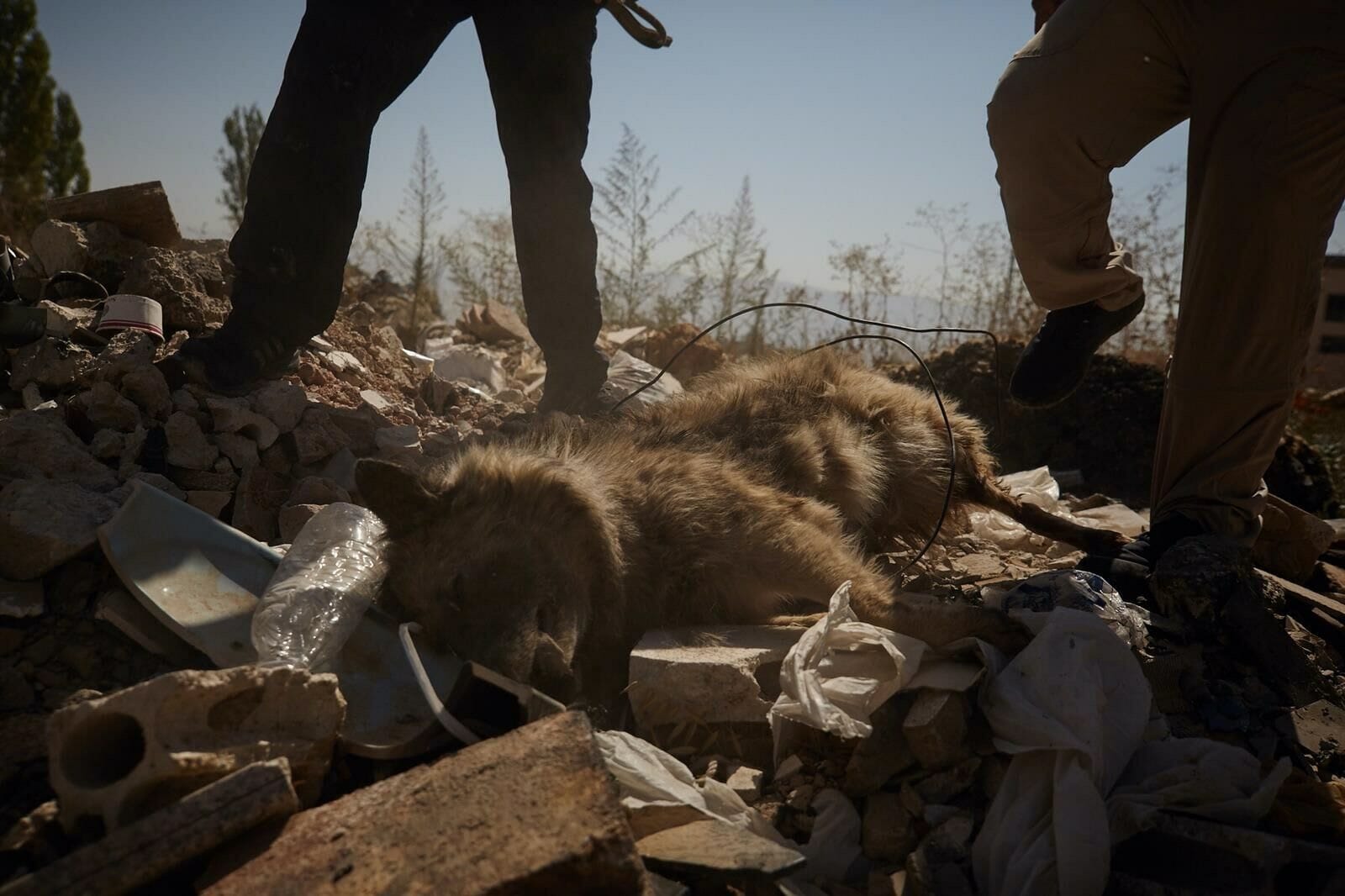 India culls as many as 100,000 strays at a time, whilst Baghdad has reinstated the same eradication program that was operated under Saddam Hussein with the goal of culling over one million stray dogs. Mass killings of up to 45,000 dogs are ordered in places such as China and Brazil to remove strays from sight prior to high-profile events such as the Olympics. ​

Such actions are both senselessly cruel, and woefully ineffective at dealing with the core concern. The number of dogs on the streets continues to rise and – unsterilised and unvaccinated – these dogs continue to compound the problem. Mass slaughtering is not solving anything. The situation is clear: we need a more constructive, compassionate response.

Getting to the root of the problem

At Wild at Heart Foundation, we know all too clearly just how rapidly the number of dogs on the streets can rise. After Hurricane Maria hit Puerto Rico in 2017, their street dog population went from a problem to an epidemic, with some 500,00 stray dogs estimated on the island. 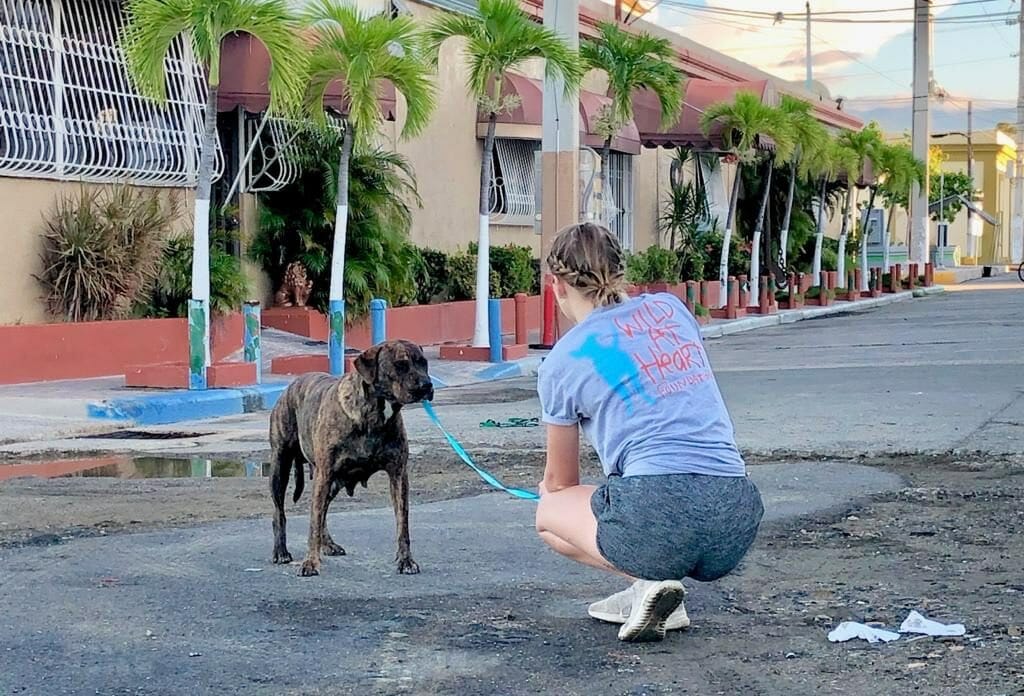 In Greece, as in many countries the world over, many people are resistant to the idea of neutering – especially male dogs – seeing it as somehow unnatural or emasculating.

And yet, when you consider the fact that just one litter of puppies born onto the street results in an average of 67,000 unwanted dogs born within just six years, it is clear that mass-sterilisation remains the only ethical and truly effective means to control the problem. 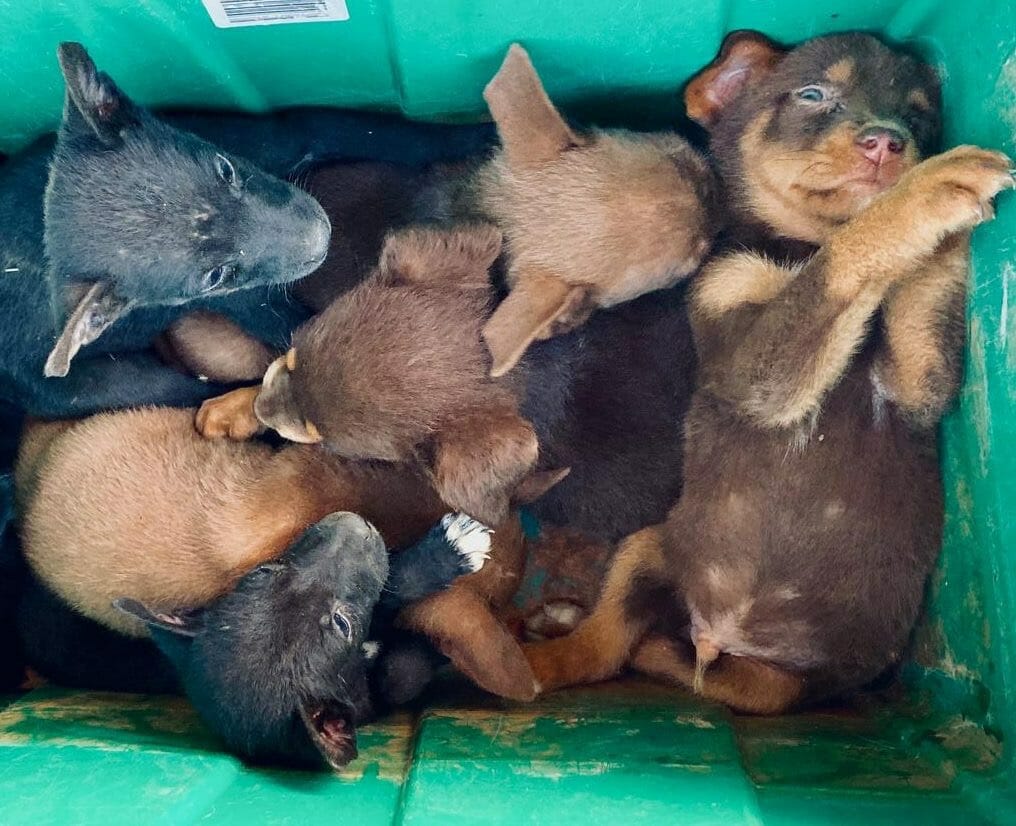 Whilst sterilisation remains the best way to control rising numbers, we’re also determined to treat the problem at its root, before the opportunity for excessive on-street breeding is even presented. The best way to do this is through education. Teaching people, especially children, about the roles dogs play in communities, and about how much dogs give back if only you show them a little love and respect. 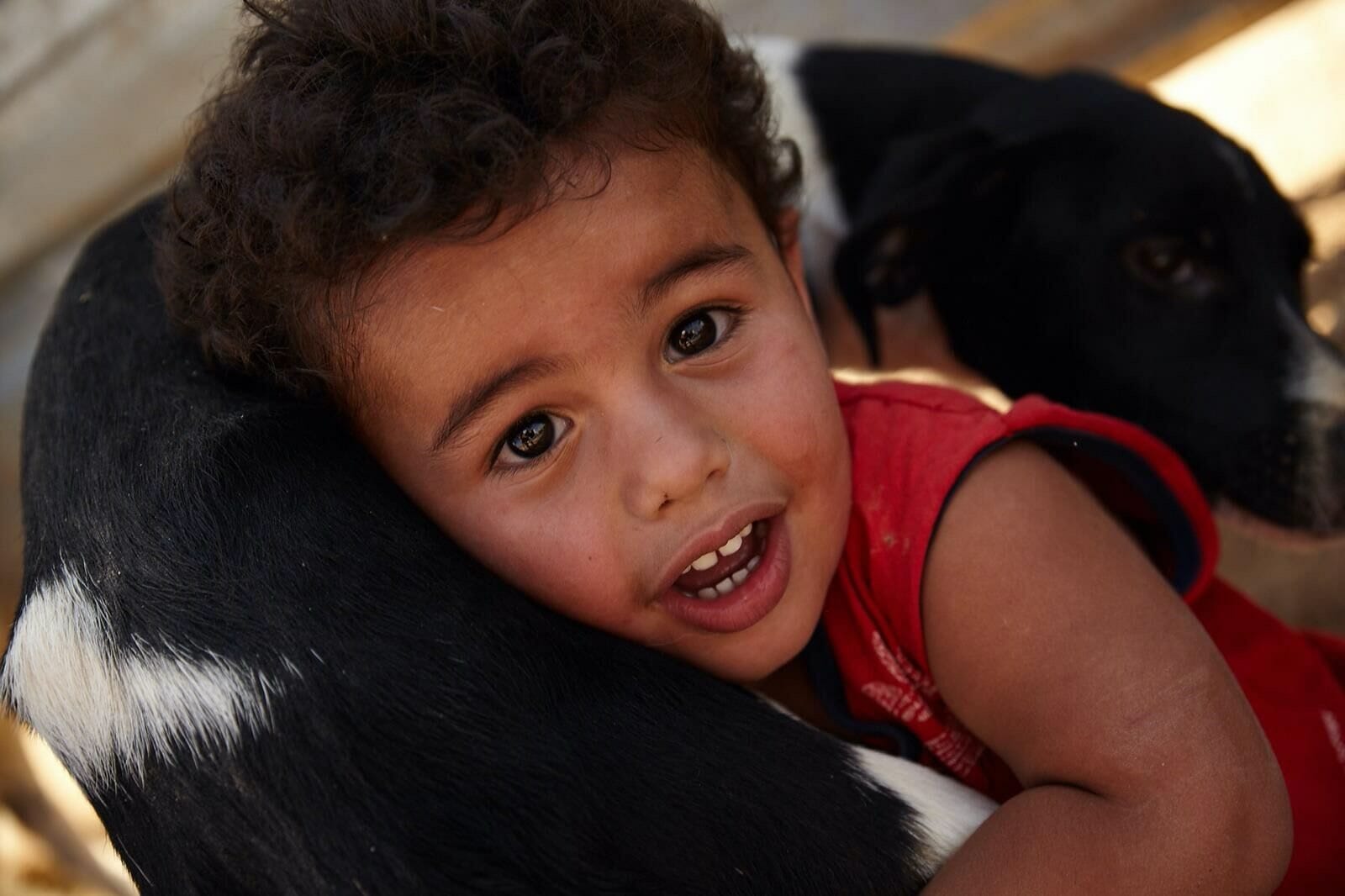