Wunderdog Magazine have been supporters of Wild at Heart Foundation since their earlier days, featuring WAHF rescue Peggy on the cover of their first ever issue - and what an honour it was!

Wunderdog Magazine have supported us since their earliest days. It was an honour to feature on their very first print issue, with the one and only Peggy from Romania taking centre stage on the cover.

Not only was this an incredible ‘rags to riches’ tale, but it sparked the most remarkable chain of events, which led to the rescue of Mitya, a facially-disfigured puppy from Russia, demonstrating Wunderdog’s global reach. 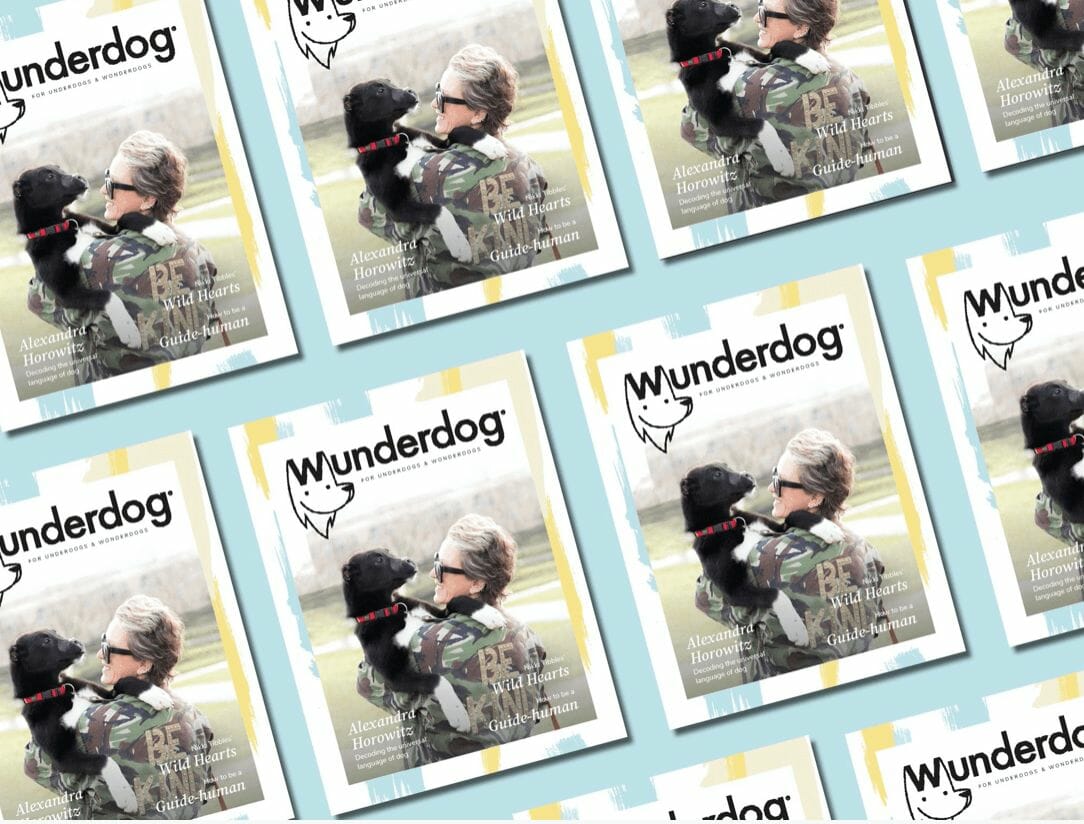 As a voice for rescue dogs the world over, Wunderdog Magazine’s goal is to make rescue the world’s favourite breed by showcasing the work of rescue organisations and their teams who work so hard on behalf of all things dog. The team at Wunderdog champion the wonderful experiences that life with a rescue dog brings, and that’s why we’re honoured to declare them official friends of the Foundation.

It all started with our very special Romanian rescue, Peggy. In December 2018, just as Christmas fever was beginning to set in, we were contacted about a sorry tale: a puppy had been discovered in a field in Romania, abandoned in a box with her ears and tail slashed to ribbons, and – most disturbing of all – her entire nose gouged out. 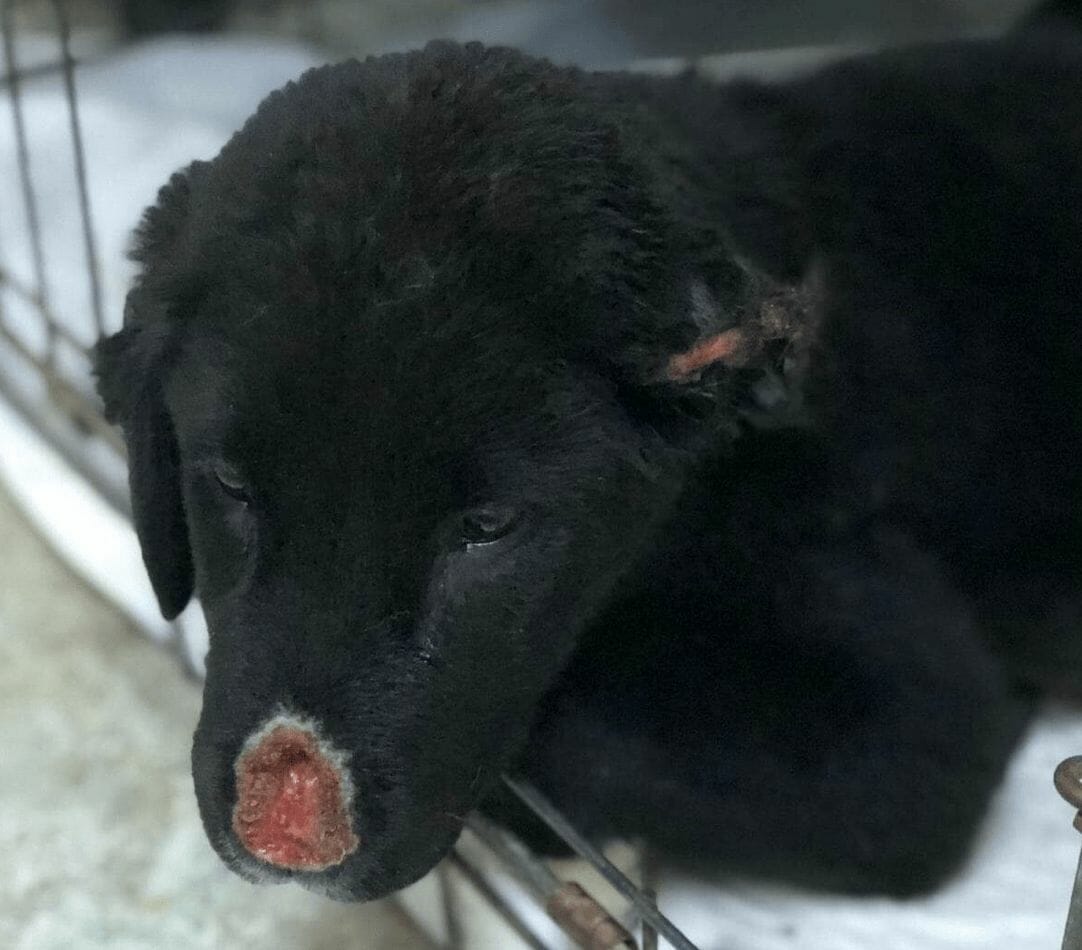 In spite of everything that had happened to her, Peggy remained a sweet, loving and happy dog, and we knew we had to help her. Thanks to the generous donations of our community, Peggy flew to the UK in January 2019 where she was treated at an expert facility, before finding the perfect family to give her the love she so sorely deserved. 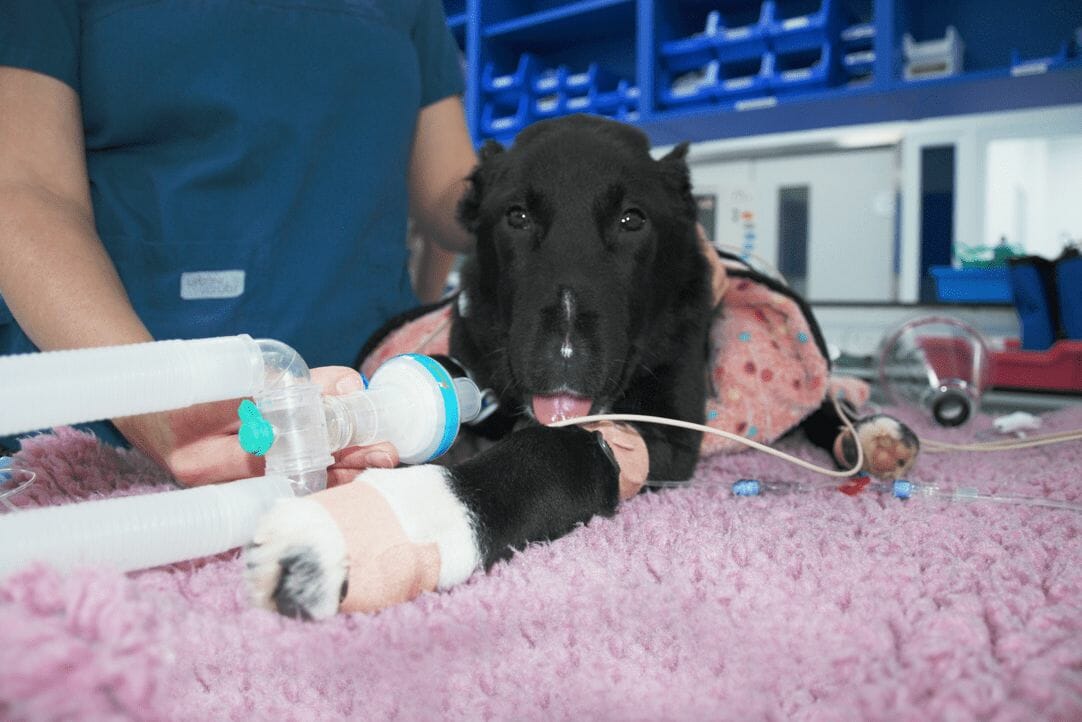 With her amputated ears and tail, and her tailor-made nose, Peggy certainly is a one-of-a-kind dog. So it was a truly amazing moment when we learned that Peggy would be appearing on the first ever print cover of Wunderdog Magazine – talk about rags to riches! And thank goodness she did, because her story inspired the most remarkable chain of events… 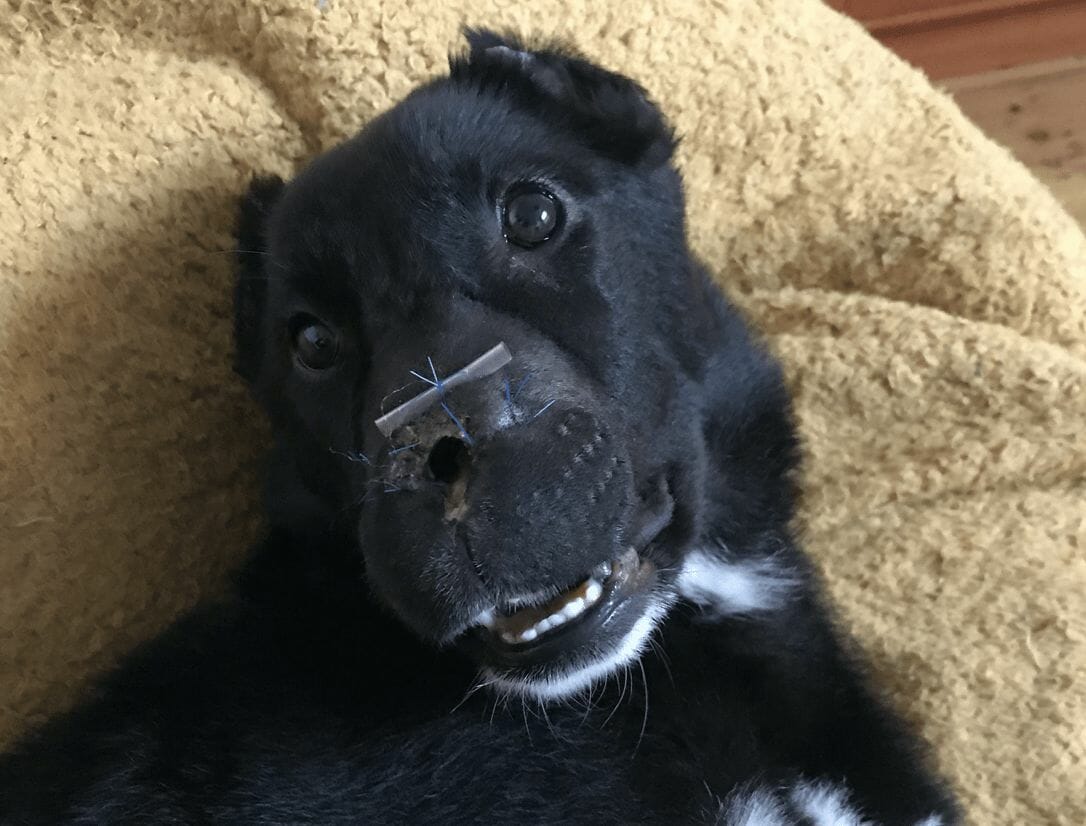 Months after the magazine was first published, a copy found its way to Russia where it was read by Ksenia, a woman who’d only weeks before come across a puppy whose nose, tail and ears had been cut off. The dog, who she’d christened Mitya, was condemned to a life of struggle at best or, worse still, the threat of euthanasia, as no vets Ksenia took him to could find a way to permanently restore his nose and therefore allow him to breathe comfortable. Mitya had even had surgery to insert false nostrils attempted; but to no success.

Ksenia may have been forced to give up hope had it not been for Wunderdog Magazine. It was seeing Peggy’s beautiful and truly distinctive face on the cover that inspired her to reach out to Wild at Heart Foundation and ask for our help – and we were, of course, only too happy to step in and help. 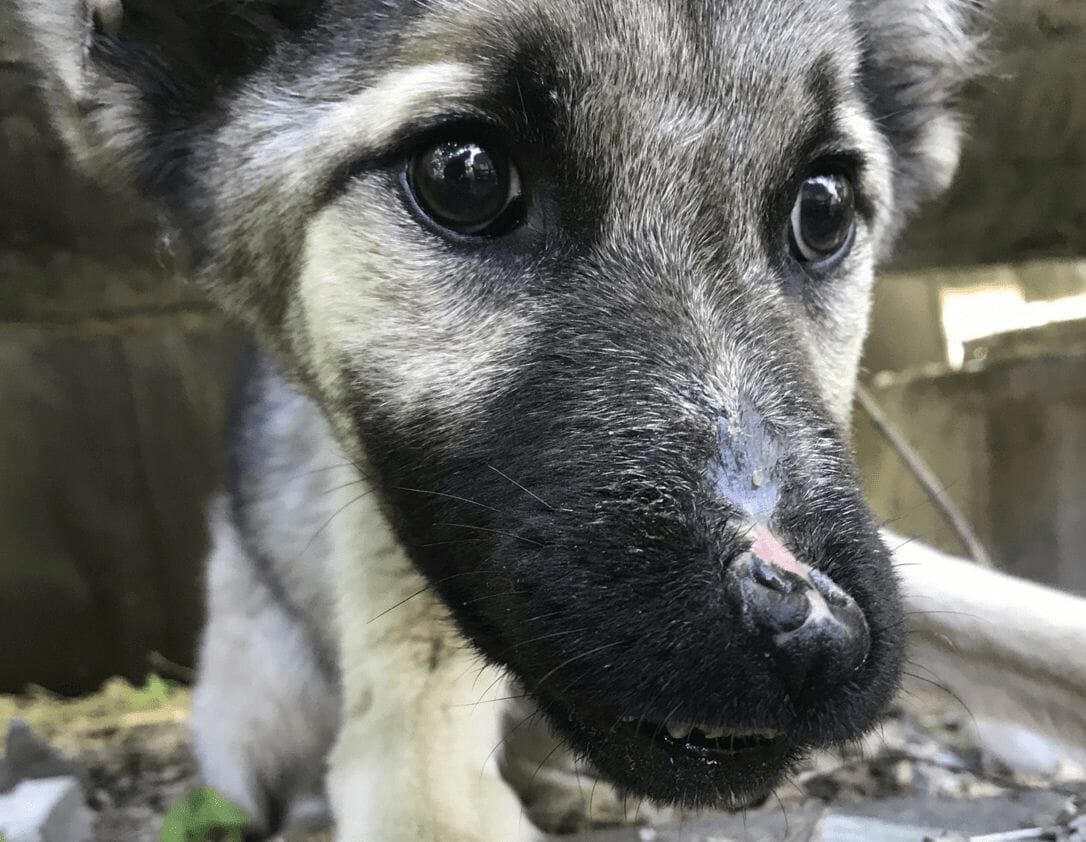 You can read more about Mitya’s rescue, inspired by Peggy’s story, here.

And it’s not only by building an international rescue community that Wunderdog are helping dogs in need, they’re also donating a very generous 20% of their sales to Wild at Heart Foundation.

We couldn’t be more grateful for their ongoing support and all they do for the rescue community – thank you Wunderdog!

Find out more about the magazine and purchase your subscription at wunderdogmagazine.com 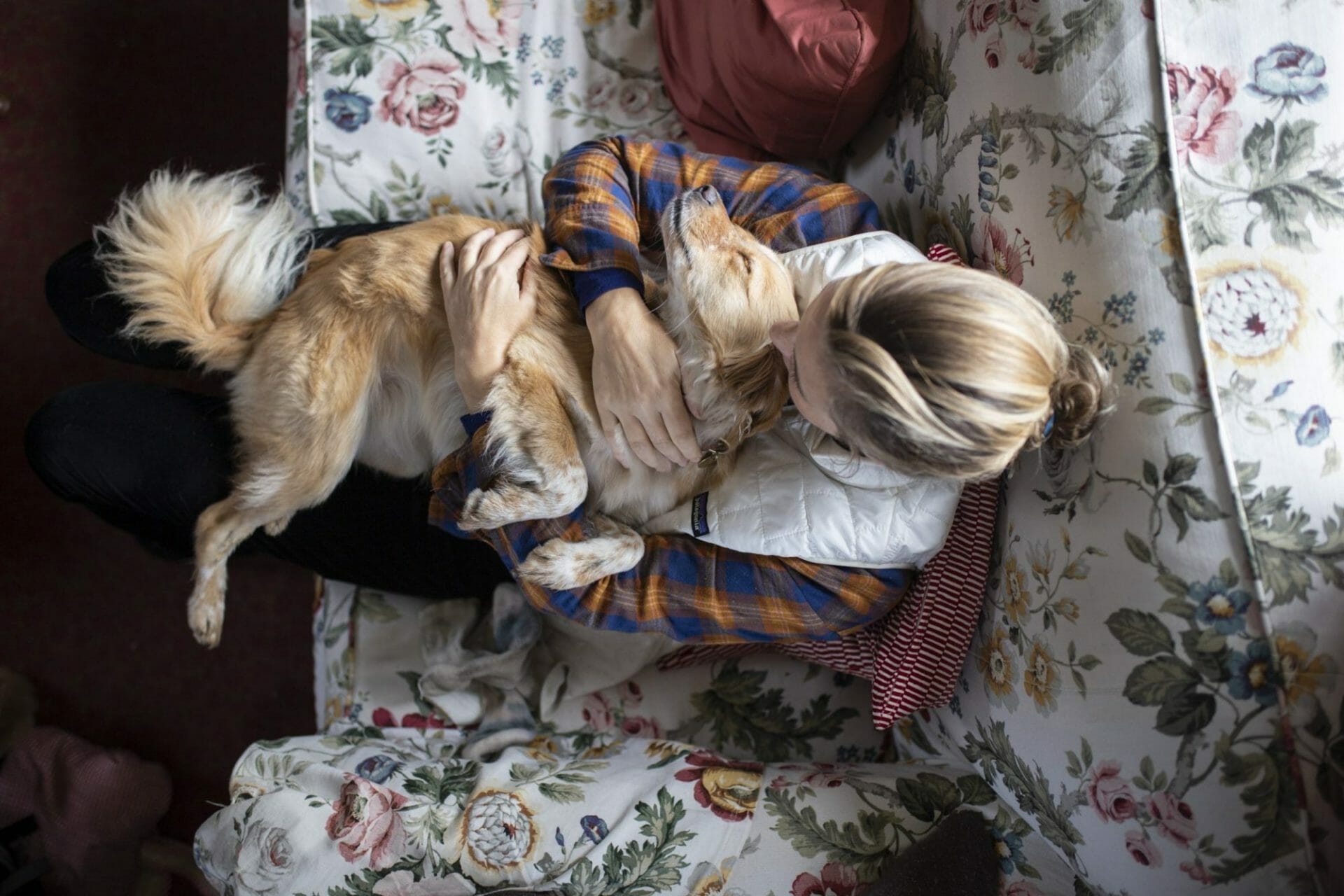