Our work in Mexico sees us meet a huge number of dogs, all in need of desperate help, and though we are always surprised at the forgiving and kind nature of every dog, none have surprised us more than Tejon.

Tejon, meaning Coati, is named after his adorably cheeky personality. Growing up on the Riviera Maya coastline, Tejon spent most of his time exploring, asking for snacks, and generally trying to stay out of harm’s way. Although he had owner of sorts, Tejon was often left to fend for himself on the streets from a very young age, finding his own food and shelter most days.

As a young puppy, Tejon should be spending his days chasing his tail, tripping over his feet, and perfecting his best puppy-dog eyes. But instead, we learned that he had been hit by a car, something that is unfortunately all too common in Mexico.

After a harrowing car accident, Tejon managed to drag himself back to the only place he knew as a home, though when he was found, his former owner simply threw him out, into pile of rubbish and left him to die. Tejon was just 10 months old. 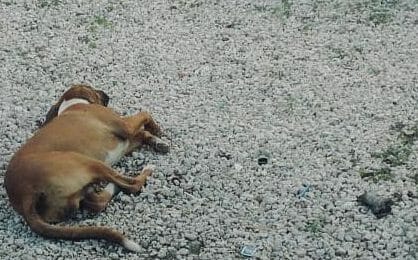 Incredibly, Tejon was still alive when he was found by two young men, both of whom knew him from the community, where his playful and engaging personality had won them over. They had no resources to get him the help he so desperately needed, however, they reached out to our team in Mexico. As part of our amazing community outreach we agreed that we need to try all we can to save this puppy’s life.

Tejon was taken to the nearby vets and into the practiced hands of Dr Juan to learn what his future would hold. 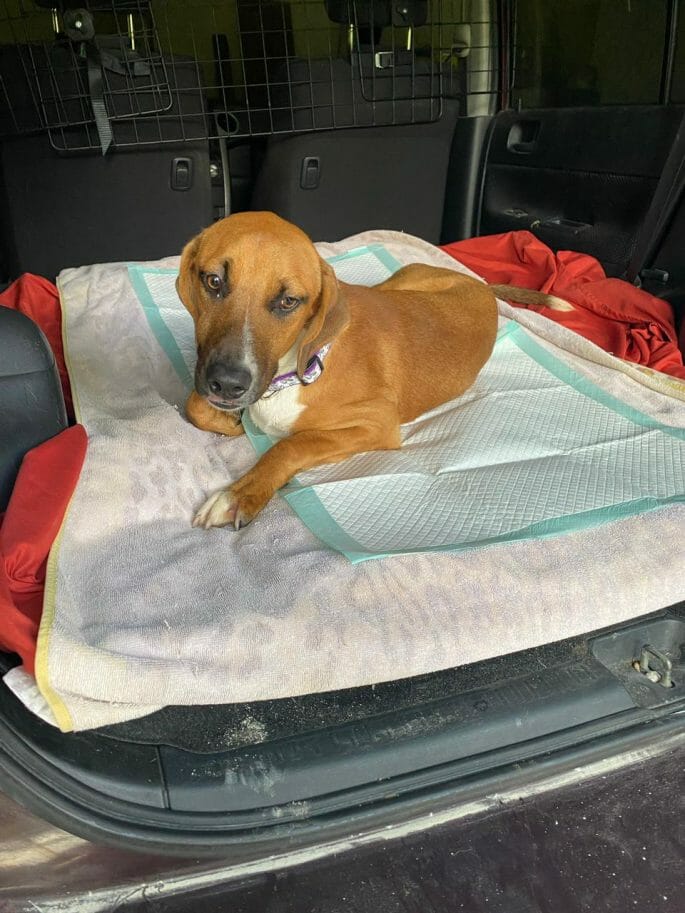 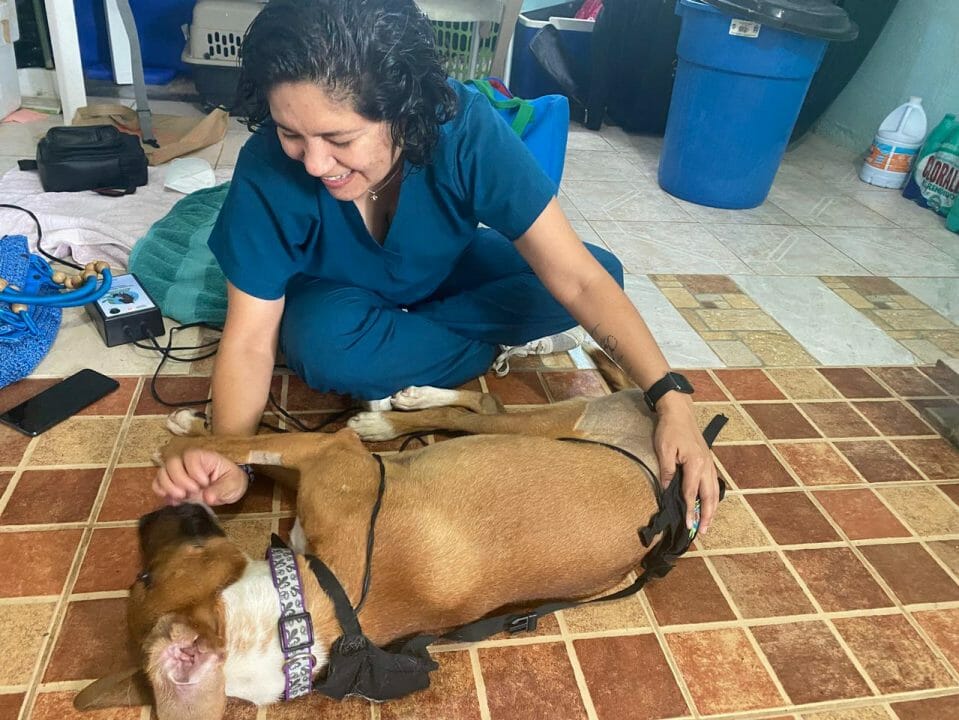 Surviving such a traumatic incident was remarkable in itself, but after the tenacious boy also managed to drag himself from the site of the accident, we were beside ourselves in seeing how loving and gentle he still was, despite how much pain and fear he experienced.
We learnt that Tejon’s back had been broken in the accident, and it looked likely that he may never be able to walk again. The only chance that Tejon had would be a risky and delicate surgery, and an expensive and lengthy recovery. At Wild at Heart Foundation, we believe that every dog deserves the chance to life a full life, and so even with the odds stacked against us, we know that if anyone could make it through, it would be Tejon.

Incredibly, within 24 hours of the operation, Tejon shocked everyone and took his first wobbly steps on the road to recovery!

As the first rehabilitation patient at the Wild at Heart Foundation Animal Resource Center, Tejon started daily physiotherapy sessions, all in an attempt to strengthen his legs and back and hopefully bring back his wagging tail. Though he shows us his gentle and loving nature every day, even after such a traumatising experience, Tejon is still working on getting his confidence back.

Since receiving regular physiotherapy to strengthen his legs and improve his mobility, Tejon has made huge progress in his mobility. Despite starting his life on the streets, his kindness and compassion for other people and dogs has been constant, so much so that he has taken it upon himself to become an emotional support companion for every dog receiving treatment at the Wild at Heart Foundation Resource Center. 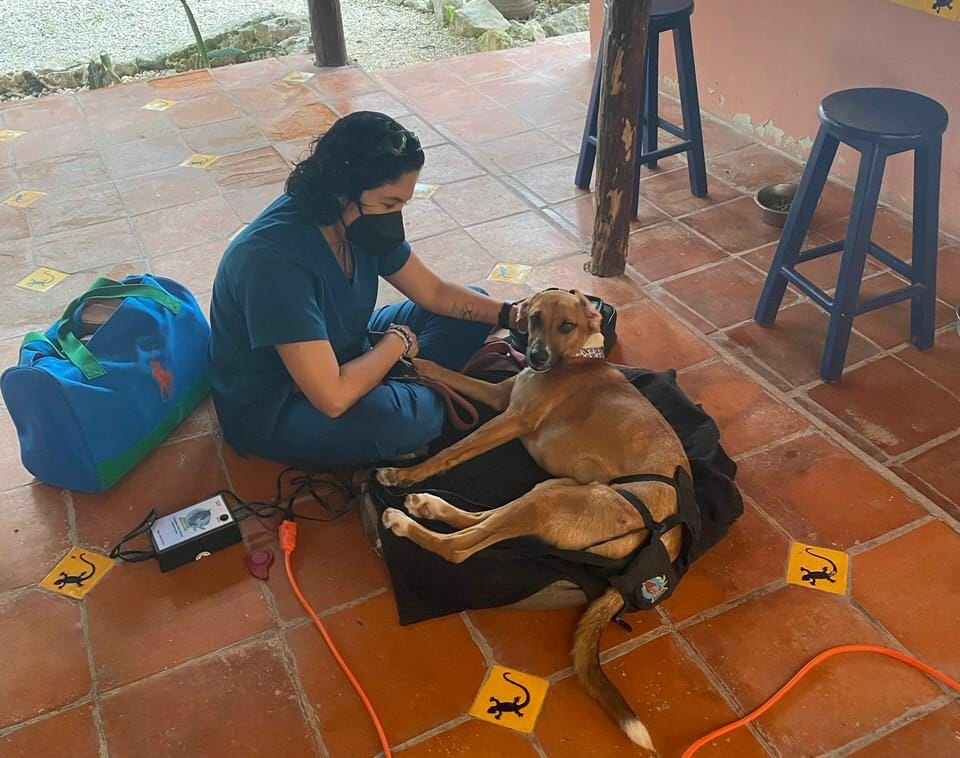 As Tejon has settled so well into the comfort of our WAHF center, we are delighted to announce that he has been officially adopted by our team and will live a long and happy life tending to the stray puppies that come into our care. He has already done a great job at teaching them how to be confident young pups, and we know that his gentle and affectionate nature will be vital to every single dog we save together. 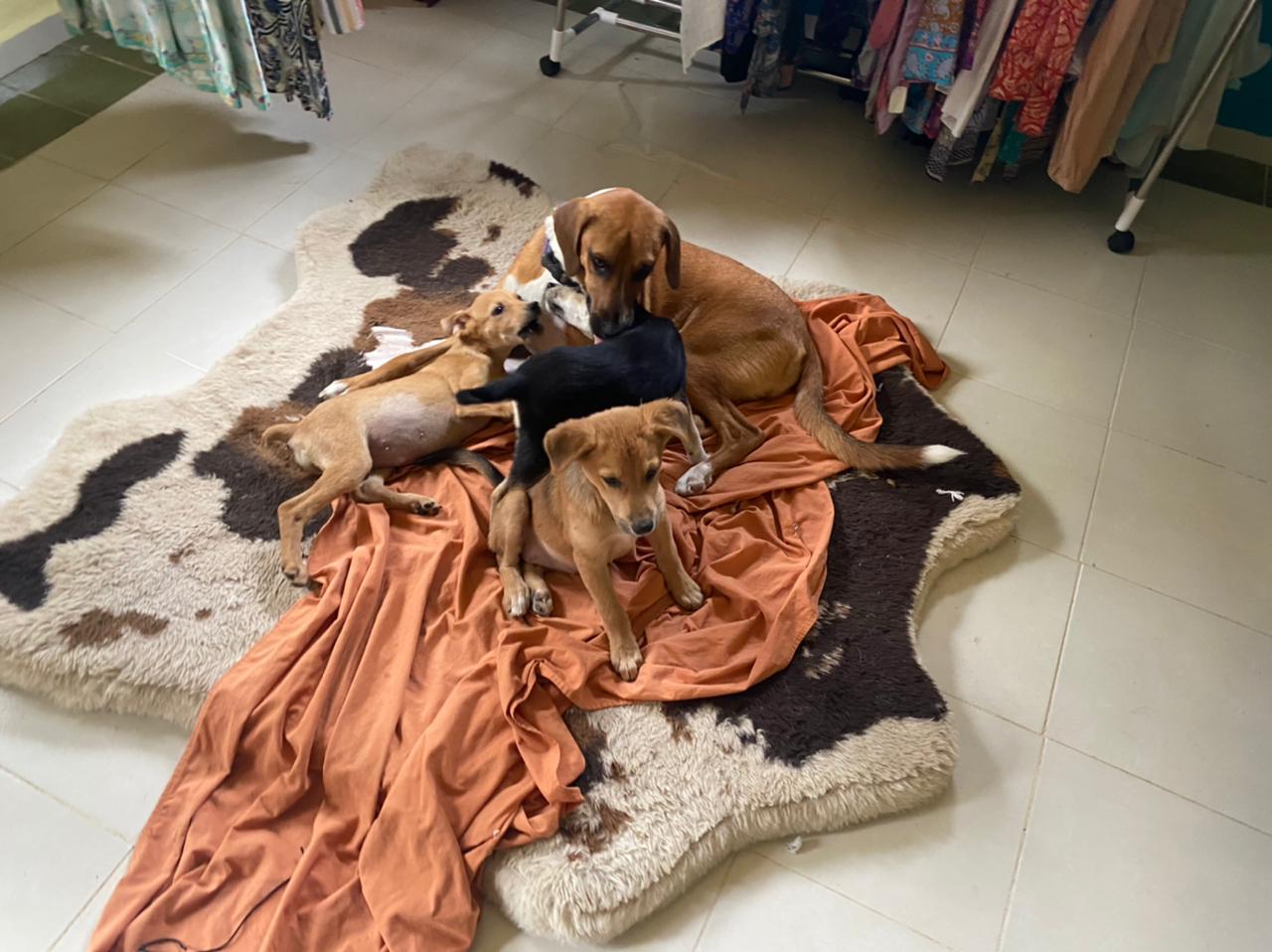 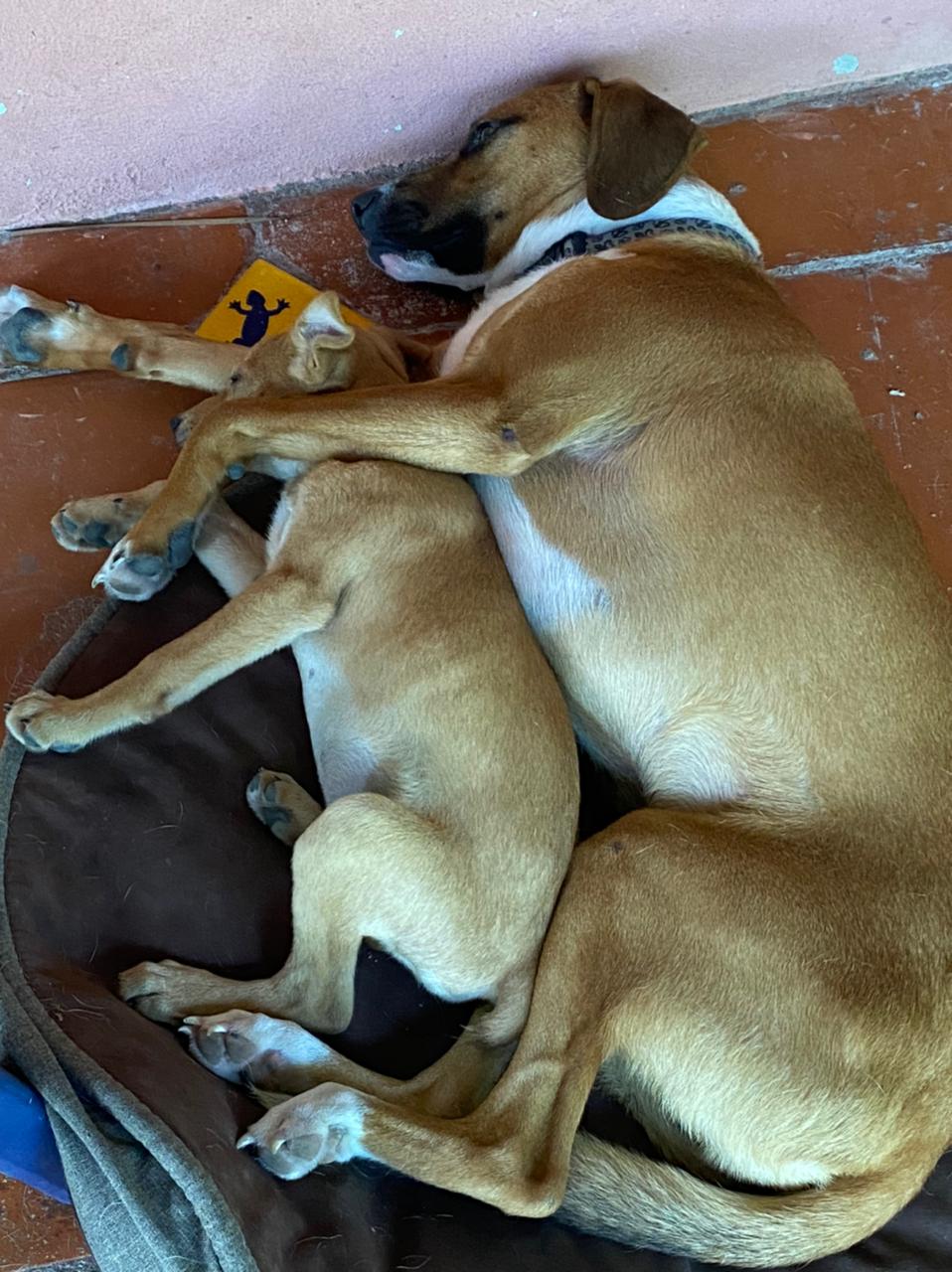