Sami joined the Wild at Heart Foundation family in 2019 with a wealth of knowledge and experience in the dog rescue sector. Having worked on rescue projects around the world, she’s built an amazing understanding of street dog behaviour, and has a wonderful way with dogs of all shapes and sizes. She brings all this experience to her role, and our adopters love hearing from Sami once their Wild at Heart dog has arrived.

Sami is our primary aftercare point of contact and likes nothing more than checking in on all new (and even not-so-new!) arrivals to see how they’re getting on. She’s always there to lend an ear and offer advice when our community needs it, and we’re lucky to have her on board.

To welcome Sami to the team, we asked her to share a little more about who she is and what she does!

I have always been obsessed with dogs; as a child, I would beg my mum to go to friends houses that specifically had dogs in them! I’ve been lucky enough to live in South Africa for three years recently, and it was there that I discovered my passion for dog rescue work. I got involved in a few organisations out there and each role varied massively. I worked in the adoptions department for one animal rescue group, took part in a few mass sterilisation drives in a few of the townships around Cape Town, and I even dabbled in a bit of fostering! 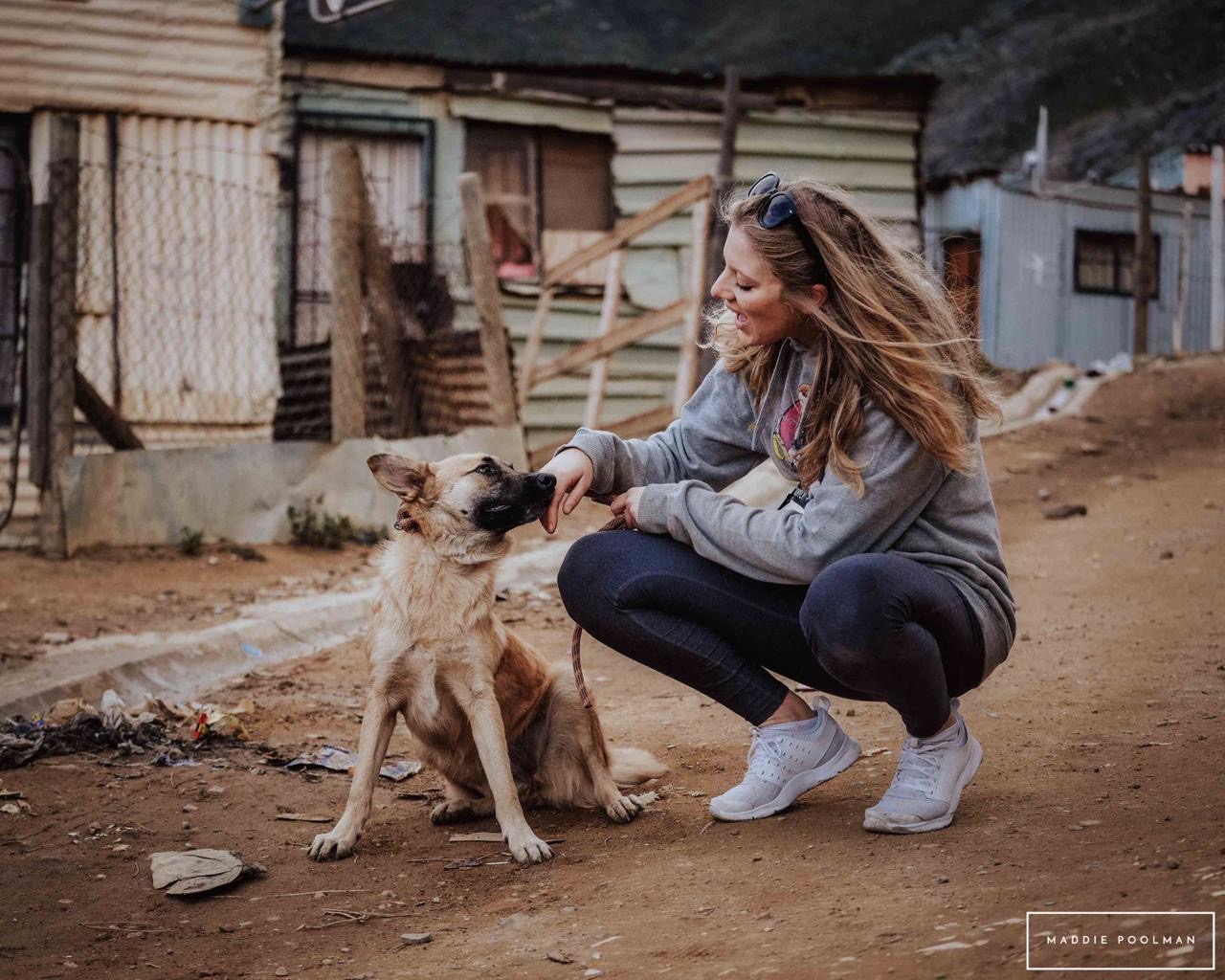 What does your “day job” mainly comprise of?

My role is divided into two aspects: I work in the adoptions department, handling the dog adoptions from Bahrain, Lebanon, Thailand, Portugal and in the UK; and I also look after the aftercare service for our adopters and provide advice and behavioural support for them throughout their adoption journey.

I also help out on the projects side of the organisation so organising and planning project trips and researching programmes around the world that we can next get involved with.

On a day to day basis, this means that I’ve always got a healthy and varied to-do list which might include: calling new adopters, catching up with any adopters who might need more dedicated aftercare, carrying out homechecks and speaking to prospective adopters, matchmaking adopters with their perfect dogs, liaising with our network of behaviourists, and organising upcoming project trips.

I love getting stuck into research for new projects we can get involved in. There are so many inspiring organisations around the world that could use our support in order to make a greater impact on the lives of dogs in their country. There is nothing more rewarding than being able to support projects that I feel passionate about. 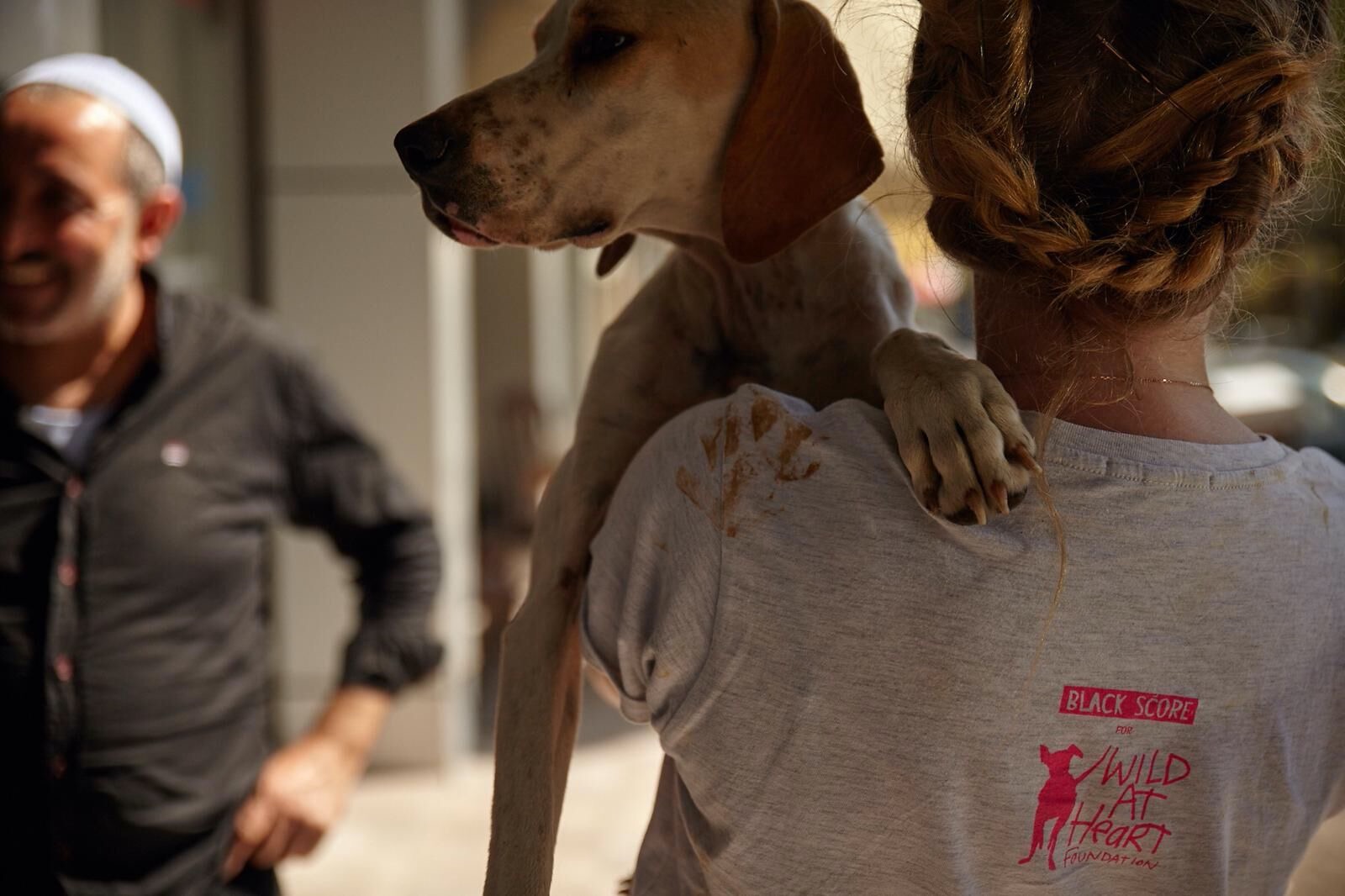 I have visited Lebanon and Puerto Rico so far. I would love to explore projects in Southeast Asia that specifically work towards spay and neuter campaigns. Animals in many of these countries hold very little value in society and so if we can reduce the number of stray dogs on the streets we can reduce and eventually eradicate acts of cruelty that many dogs are suffering from. 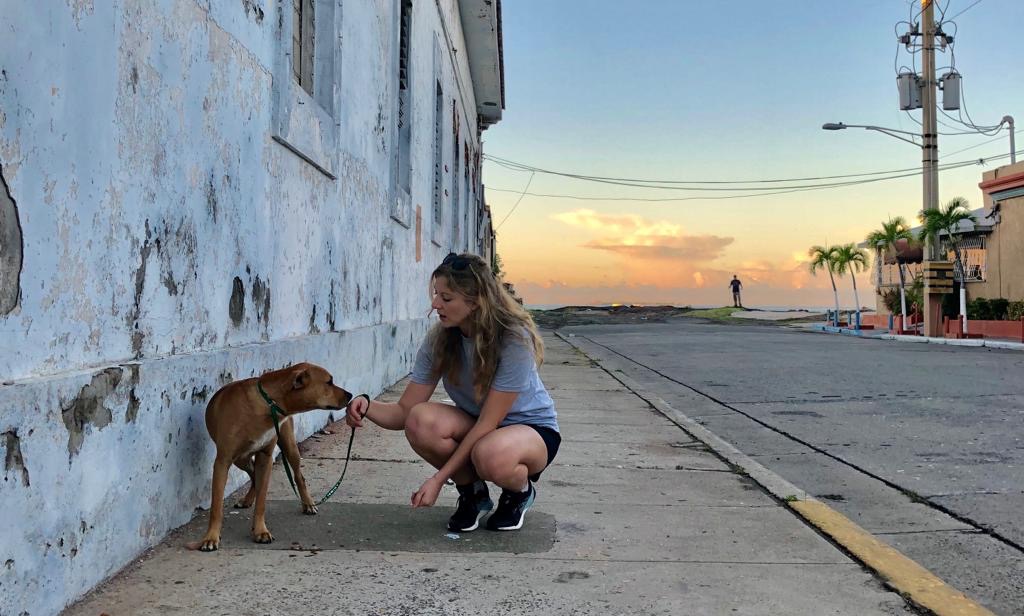 Coaxing a scared street dog in Puerto Rico into a slip lead so we could catch and sterilise him and his siblings, before returning them to their favourite spot!

I would like to fund more sterilisation drives across South Africa, an ongoing project focus for Wild at Heart. There are over 200,000 stray dogs in South Africa, most of which live in condensed low income settlement areas where people can’t afford to feed themselves let alone feed animals. The dogs there are surviving predominantly on human waste. 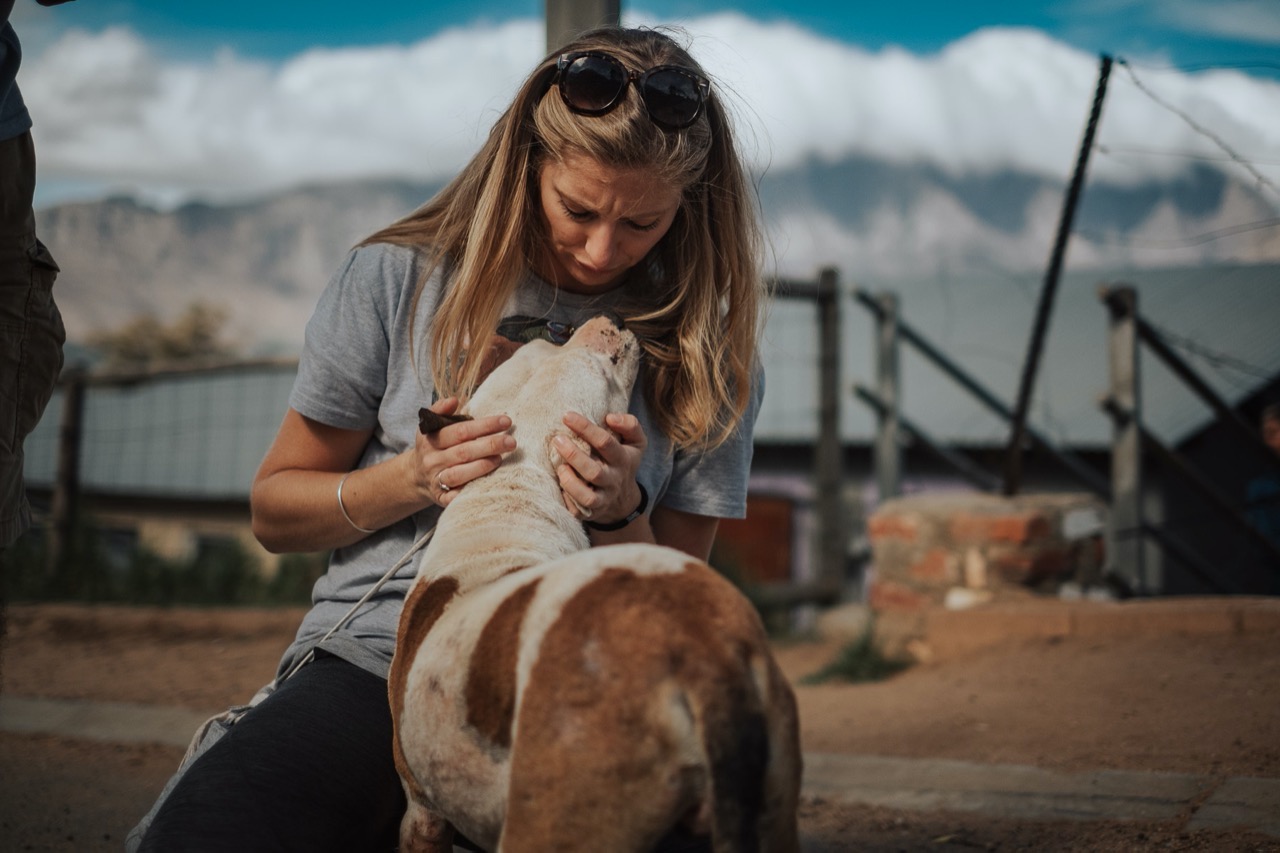 Illegal pitbull breeding and fighting is also rife in these areas as they generate money for poorer communities and act as status symbols. The more dogs we sterilise there, the less of a chance there is of dogs being stolen for breeding or bait, dogs being bred to exhaustion and then thrown away once they have had their use and an increase in stray populations.

Rocky is my first dog. He is 3 and a half years of age and I got him when he was two months old. He was found in an abandoned car in a cardboard box. I waited 20 years to get him since I fell in love with my best friend’s dogs. I had just arrived in Cape Town and I decided that I needed a companion so I took an Uber and drove 40 minutes to this shelter to find him at the front pen of the shelter lying in his bed completely unfased with the constant stream of attention he was getting from visitors. 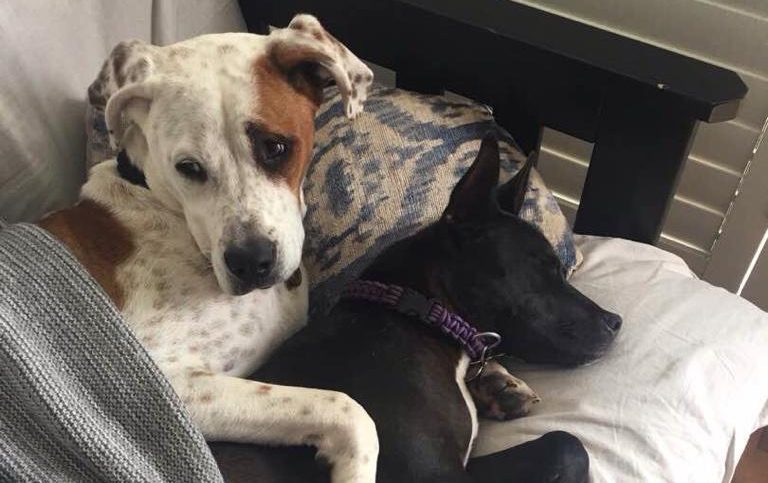 It was after rescuing him from the Domestic Animal Rescue Group in Cape Town that encouraged me to get involved and support dog rescue groups. It was Rocky who also got me involved in behavioural training in shelters as he came with a few behavioural challenges and most dogs are effected mentally from their time in shelters and this impacts their temperaments and behaviours.

Rocky and Bella. I found Bella at the same shelter, while I was dropping off donated food for the dogs, in the same pen I had seen Rocky in four months before and I fell in love. She came up to me and immediately sat for a treat. I contacted the shelter an hour after I first saw her and begged them to allow me to foster her. She never went back to the shelter from the day I collected her. Bella is a cross between a baby seal and a Staffordshire terrier. 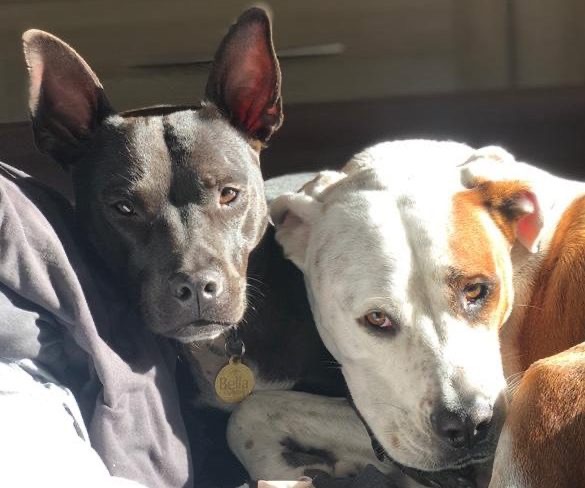 She is obsessed with humans and spends her time chasing things down or staring me down until I stroke her. Both Bella and Rocky travelled together to the UK earlier this year.

When a dog leans on you they are showing that they trust you implicitly. A lean is a full body hug!

And finally, what’s the one thing that the Wild at Heart Foundation community should know about you?!

I am studying to be a behaviourist.

View all
Adopt a dog Our Projects
View basket ()