A long time supporter of Wild at Heart Foundation, Olivia rescued a Romanian dog through the charity back in its early days in 2015. Since then, she’s been an avid supporter and advocate for all things rescue.  She joined the team as a volunteer in 2017, and we knew she was the perfect fit for the Foundation: in 2018 she took on a part time role, and progressed to full time Head of Adoptions Operations in early 2019.

We can’t imagine life without Olivia, and it’s thanks to her and her team’s genuine and unwavering dedication to supporting the rescue of every single dog we can that so many hundreds of dogs have been happily and seamlessly adopted into loving home here in the UK.

To help paint a picture of the day in the life of Olivia, she shares her Wild at Heart Foundation experiences here…

My involvement with Wild at Heart Foundation began by being friends with someone who adopted a dog from the very first WAHF litter from Romania back in 2014! Our adoption of Reggie followed in 2015 & my relationship with the Foundation developed organically from there. I attended events & became a volunteer home checker during late summer of 2017 whilst still working in the retail sector. My commitment to the charity deepened during this time & in January 2018 I took the leap & became an official employee within the adoption department, moving into my current role in January 2019. 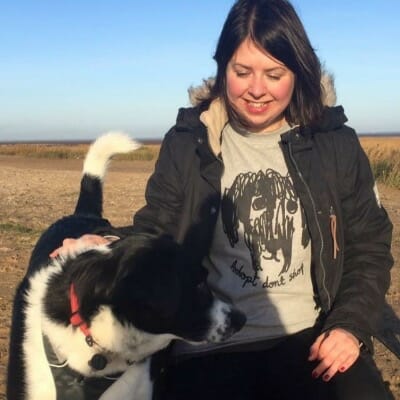 What does your “day job” mainly comprise of?

Every day is varied but it generally consists of matching adopters with dogs & guiding them through the adoption process, combined with liaising with our overseas partner shelters & foster carers. In addition I oversee the adoption department as a whole ensuring that it runs smoothly from initial enquiries, through the home checking stage to the completion of adoptions & beyond to our after care service.

Seeing the adoption process come to fruition. Nothing beats seeing the beaming faces of adopters meeting their dogs for the first time. The cycle is complete & is utterly heartwarming to know that another dogs’ life has been saved from uncertainty.

As I manage adoptions for European countries my focus has been to visit our shelter partners in this region. I’ve visited Greece & its islands; next on the list is Bulgaria & Romania. 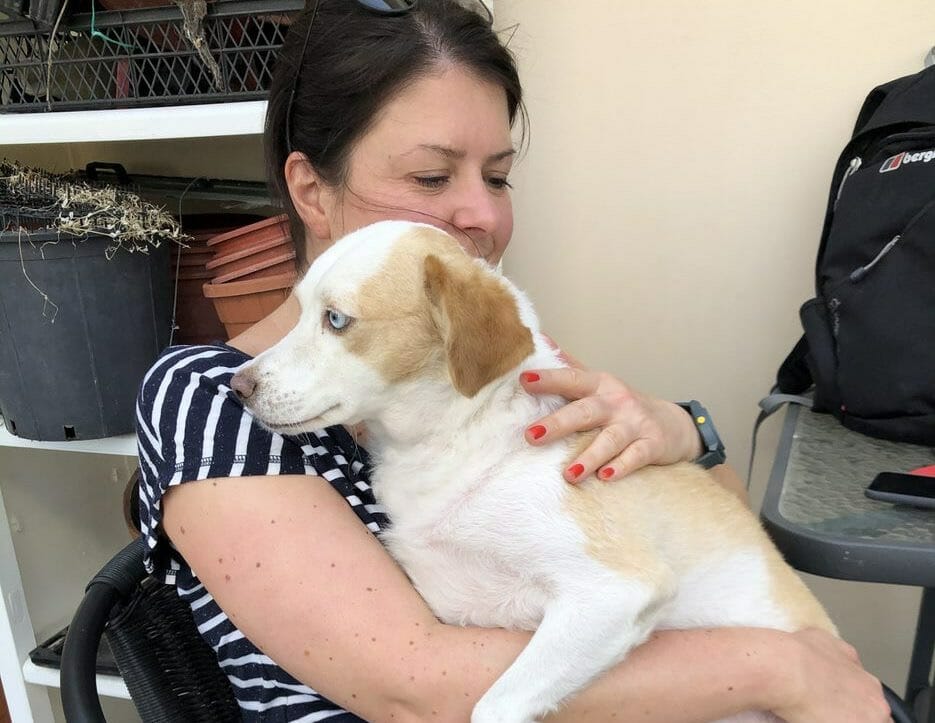 Enjoying a cuddle at our partner shelter in Lesvos

I would love to become more involved in supporting the welfare of dogs in areas of civil conflict.

I grew up with two cats who were born in our house to a stray mum. However from being a small child I was always drawn to dogs & my Dad still reminds me about how I used to confidently approach them & say hello at every opportunity. At the age of 14 we visited a litter of black Labradors with a family friend, purely to accompany them. All were subsequently reserved aside from one (there’s a theme developing here) & of course he stole our hearts & Rupert became our family dog for 13 years. He was a typical Labrador in character & was known amongst the family as ‘our faithful friend’.

As soon as a couple of pictures of Reggie from Romania popped up in my Instagram feed early in June 2015, the love affair began. We had no intention of getting a dog at the time, but once I’d read the plea to find forever homes for the last two remaining pups from this litter (the theme continues) who, having been found amongst litter on the side of a road on the outskirts of Bucharest with their mum had continually been overlooked, my desire to get 6 month old Reggie home went into overdrive. We welcomed him home at the end of the same month. He’s loyal to the point of being overly protective & territorial, yet he has a gentle & sensitive soul who loves nothing more than snuggling up on the sofa with his favourite people. 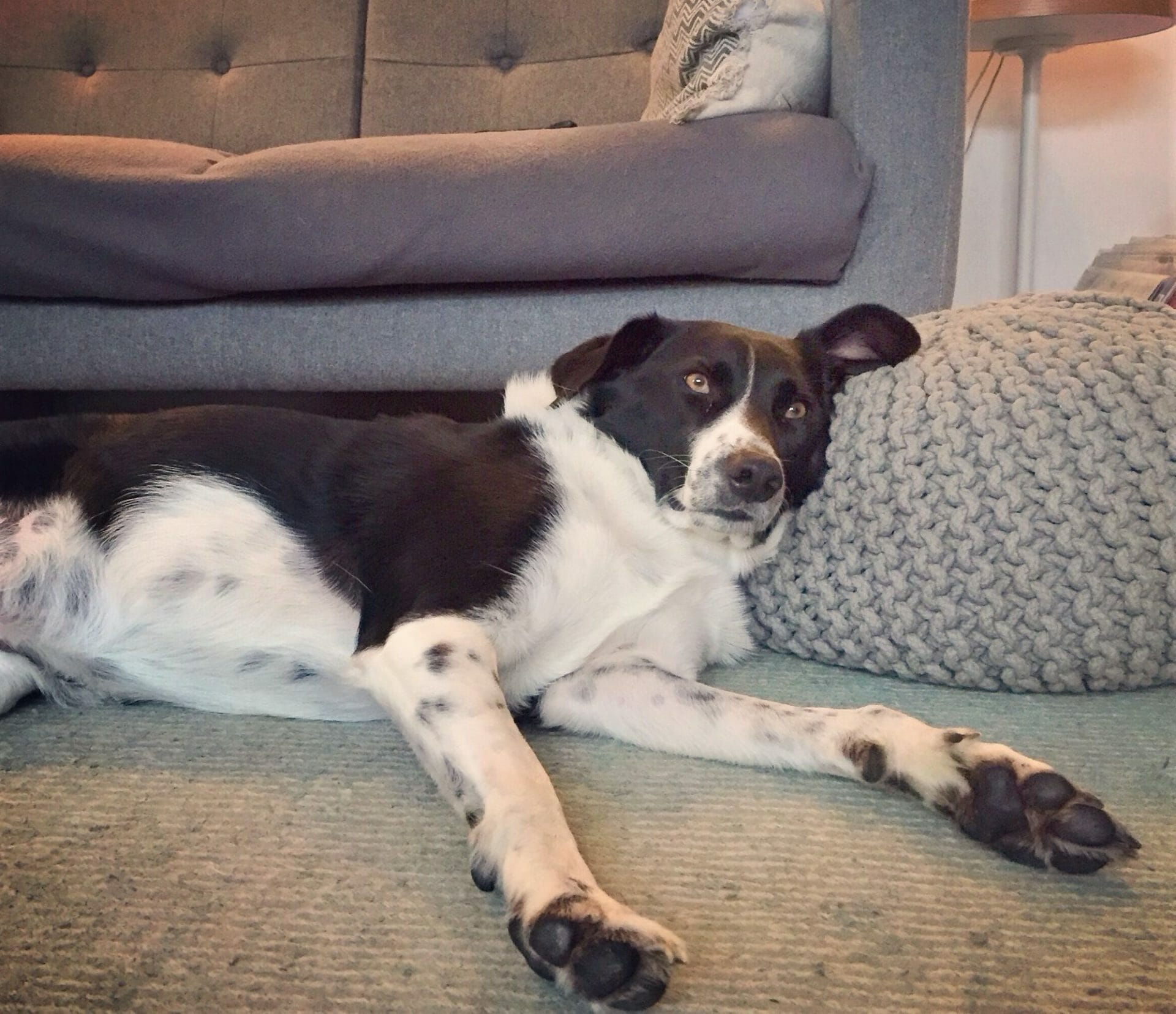 On our family friend’s farm in Lincolnshire with a panoramic view across the Lincolnshire Wolds & over the rest of the county. Reggie is at his most relaxed here & runs with abandon when there. 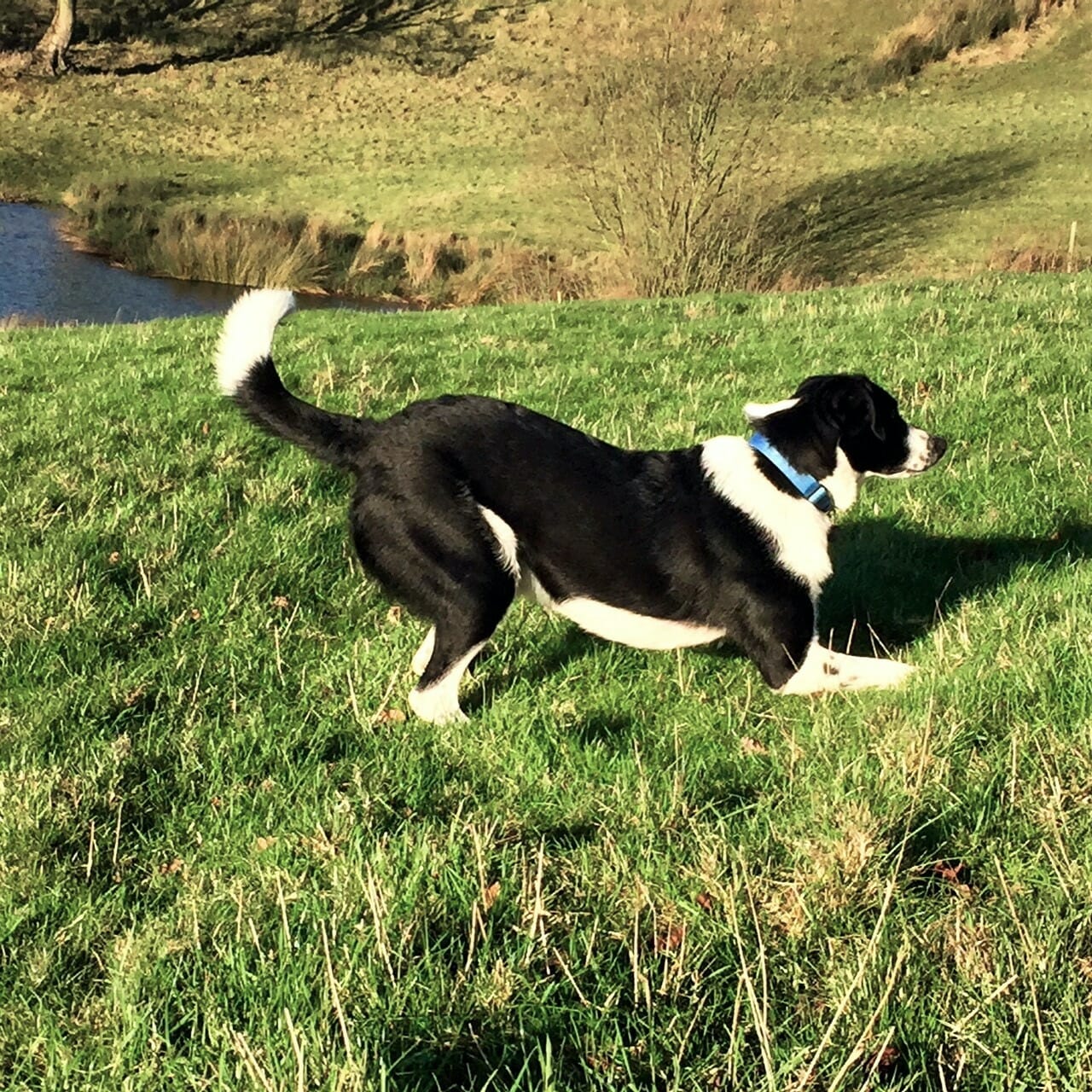 Our dogs can smell our feelings!

And finally, what’s the one thing that the Wild at Heart Foundation community should know about you?!

I used to work in the fashion industry & designed clothes for 10 years!

Winter Activities For Kids – A glimpse of our Be Kind Programme